Christians declare the Bible to be God’s infallible word to man. Though penned by man “all Scripture is given by inspiration of God.” (2 Tim. 3:16), and therefore the Bible is in a class of its own, to be esteemed and obeyed. The Bible reveals many truths regarding the nature of God, creation of life, relationship between God and man, history of man, sin, God’s plan of redemption, future happenings, etc. All true tenets of the Christian faith are derived from the Bible.

The following is a summary of the generally accepted evangelical view of the Christian faith. (The writer defines an evangelical as one who believes in the literal truths of Scripture – that the Bible means what it says and says what it means.)

Man arrived on the scene about seven thousand years ago. Adam, the first man, was a product of God’s love and genius and, perhaps, God’s desire for fellowship. Man is a spiritual being destined to live forever. While living on planet Earth he is housed in a physical body (an earthsuit), and when his body stops functioning he will live in another location. God and Adam had good fellowship. Adam’s every need was supplied, including a wife to share his rich life. And God gave to Adam authority to rule the entire earth.

Man’s problems started at an insurrection he had nothing to do with. The revolt took place in heaven, led by a mighty and glorious angel who possessed a great capacity to persuade and deceive. Lucifer convinced a third of the vast number of angels to rebel against God, but after a mighty battle they were defeated and cast out of heaven. Lucifer, now called satan, having failed in his attempt to gain command of heaven, plotted a maneuver to burglarize the authority over the earth that Adam possessed. Master of deception, he convinced Adam to disobey God. When Adam sinned he forfeited his authority to satan who could now boast that all the kingdoms of the world had “been delivered unto me.” (Luke 4:6)

Adam was in real trouble. God had warned him if he disobeyed “you shall surely die.” Adam was now spiritually dead and no longer had fellowship with his Creator. He now had a new master, that ruthless, diabolical satan. Adam could not help himself. There was nothing he could do to restore the relationship he once had with God. He was in desperate need of a savior.

And so it was with all mankind. Under satan’s influence sin flourished. No one was guiltless. Every person needed a savior.

And God promised a savior.

Old testament writers foretold of a coming Messiah. For many generations God’s chosen people, the Israelites, anticipated the coming of this promised One. This Messiah was to be God’s plan of redemption, that is, any person who chose to be delivered from the penalty of his/her sin and enter into fellowship with God could do so through this Savior.

Jesus entered mankind through the body and obedience of a young virgin who was overshadowed by the Holy Spirit. A prophet once wrote, “Behold, a virgin shall be with child, and shall bear a Son, and they shall call his name Immanuel.” (Mat. 1:23) Immanuel means “God with us.” The Messiah was actually God Himself, God the Son, who entered the human race for the purpose of attaining man’s salvation.

Jesus, though tempted in every way, never sinned. He claimed to be the Son of God, equal to His Father, and was crucified for this ‘blasphemy’ by the jealous religious rulers.

It was there on the cross that the price of sin was paid in full. Redemption from sin and sickness and poverty came through the innocent blood of God Himself. The promise of a Messiah had been fulfilled. Man now has a means of escape. Jesus said, “Unless one is born again, he cannot see the kingdom of God.” (John 3:3) When a person comes to Christ to be saved God gives spiritual life to that person, the same life Adam had before the fall. Relationship between this person and God is established.

To reiterate, one is saved by faith – faith in Christ. God’s plan of redemption has nothing to do with man’s good works or his abilities. The Bible declares man’s best works “are as filthy rags.” Ephesians 2:8: “For by grace (God’s unmerited favor) you have been saved through faith, and that not of yourselves; it is the gift of God, not of works (effort), lest anyone should boast.” God’s salvation is a gift to be received, not a reward to be earned. When one comes to Christ (in prayer) to be saved, repentant and believing, something happens. The dead spirit (dead from sin) of the repentant one becomes alive for the first time (thus he/she is “born again”) and that person becomes a new creation. That ‘new creation’ is now an adopted child of God, redeemed, justified, sanctified.

Over the past two thousand years since Christ’s execution, multiple millions have experienced this second birth. Sadly, however, the majority of people have rejected Christ, and remain in their lost condition. For them the blood of Christ has been shed in vain. The reason many have refused Christ is deception. The one who deceived Adam (satan), and thereby bringing the ruination of man, also camouflages man’s need of salvation and the reality of a Savior.

The future of the born-again believer is favorable beyond description and imagination. His ultimate home is a city in heaven called New Jerusalem. There he will dwell with God forever and ever.

Conversely, the future of the non-believer is horrid beyond description and imagination. His ultimate dwelling is a place called Gehennah, the lake of fire. There he will spend an eternity with satan and his hideous demons.

Just before Christ ascended into heaven (after His resurrection) He gave His church (the believers) a mandate to reach the lost with the gospel, the good news of salvation. Soon after the Holy Spirit came in a unique way to endow the believer with the needed enthusiasm and ability to proclaim the gospel of Jesus Christ, and to teach the believers the ways of the Lord.

The Holy Spirit, like Jesus and the Father, is fully God. He actually takes up residence in the heart of the believer. He teaches the believer the things of God, and helps him to accomplish the will of God for his life.

The church (Christians) looks forward to Christ’s return to earth. The Bible speaks more of His second coming than His first (as a babe in Bethlehem). He will reign (physically) over the earth from the city of Jerusalem, Israel. It is generally agreed the generation living during the time of Israel’s declaration of independence (April 14th, 1948) will witness this second coming of Christ. 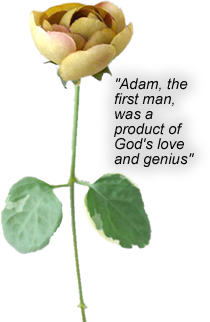 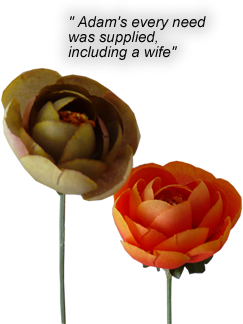 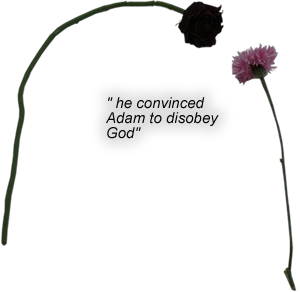 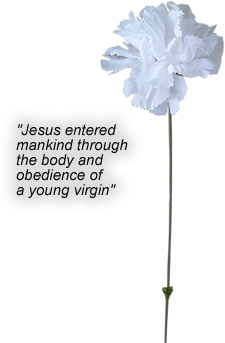 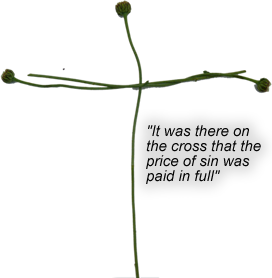