J.F. Rutherford liked being called “the Judge.” He was an ambitious, dominant, colorful, opinionated, charismatic leader of men. By using political manipulation, he secured presidency of the Society at Russell’s death even though Russell had chosen other men to inherit that role. Rutherford silenced his offended peers with thunderous threats and accusations, and mutinous leaders were expelled from their positions. He considered himself God’s spokesman, and anyone challenging that assertion would come under his fiery wrath. Under his leadership autonomous groups of Bible Students throughout the world – many who were sincerely endeavoring to know and serve God – were forged into a regimented army of indoctrinated dependents ever so willing to promulgate Russellism or whatever imaginative gospel the Watchtower Society might invent. To do this was no easy chore, but J.F. Rutherford was no ordinary fellow.

From the very beginning, the Judge unabashedly condemned all Christendom and its clergy for the purpose of prying away and proselytizing loosely affiliated adherents. This method proved quite successful and was used consistently throughout his reign. Some of his anti-war material resulted in a twenty-year sentence in Atlanta, Georgia, a sentence reversed after the war. He emerged from prison a martyr-hero and his leadership was thereby firmly anchored.

Under Russell, the local congregations throughout the world were enjoying a certain autonomy with only a casual affiliation with the Brooklyn headquarters. Each elected their own elders, ran their services as they thought proper and conducted their own business affairs. Many congregations were active in charitable works and sincerely seeking the will of God in their lives. Rutherford immediately maneuvered to change all that. It was his goal to cleanse the organization of independent thinking, personal devotion to God, individual Bible study and private endeavor.

For Rutherford had a definite goal in mind. It was his ambition to create a theocratic organization (an organization ruled by divine appointment). It was to be a New Nation, that is, a nation within the nation. This New Nation was to consist of various classes of people. At the top would be the “Faithful and Wise Servant” class, the Watchtower Society. It would fall on them to receive spiritual manna from God and feed the underling classes with “meat in due season.” Below them would be the anointed or heavenly class consisting of 144,000 spirit-begotten adherents who, together with Christ, make up the organized ‘Christ’ on earth. Many of these (supposedly) had already died and gone to heaven. The last and most inferior class was to be the slave class. The slave class would be a great multitude of non-spiritual Watchtower disciples throughout the world who would zealously promulgate the causes of the Watchtower Society.

To accomplish the task of creating this theocracy, it would take time and money and cunning and ruthlessness. The time required turned out to be twenty-one years, as 1938 seen Rutherford’s Theocratic Organization a reality. The money came from a massive book-selling campaign launched at the Cedar Springs, Ohio convention (1922) with the slogan “Advertise, Advertise, Advertise The King And The Kingdom.” The cunning was supplied mostly by the Society’s dictator, J.F. Rutherford, a gifted analyst of human nature and master strategist. And the ruthlessness required was never in short supply in Brooklyn headquarters.

A pamphlet Millions Now Living Will Never Die was distributed worldwide by the millions in what was called The Millions Campaign. It promised unceasing life to anyone who would abandon evil Christendom and enter the Watchtower fold. This promise found many takers in this war-torn era, and the campaign was a complete success, swelling the ranks.

Rutherford prophesied the end of the world system would occur in 1925 (religions and governments would be wiped out, and all but Watchtower adherents would be annihilated) and a New World would be ushered in by heavenly citizens. Rutherford wrote: “and since other scriptures definitely fix the fact that there will be a resurrection of Abraham, Isaac and Jacob and other faithful ones of old and that these will have the first favor, we may expect 1925 to witness the return of these faithful men of Israel from the condition of death, being resurrected and fully restored to perfect humanity and made the visible, legal representative of the new order of things on earth.” Many sold their property and took to the road to spread the message.

To house the expected heavenly guests, a choice mansion was built in San Diego, California and given the name Beth Saline, meaning “house of the princes.” The deed was made out to Abraham, Isaac and Jacob. (Most present-day Jehovah’s Witnesses have never heard of Beth Saline.)

The prophecy was fanned right up to 1925 – at which time the Judge reprimanded his followers for selfishly yearning the coming of the New World. Was there not much work yet to be done? He belittled selfish efforts of spiritual development, and exhorted the wasted time be spent selling. He bestowed upon his footmen the title Kingdom Publishers which emphasized their role as book-sellers. That Rutherford never did believe his own prophecy was evident by the fact plans for expansion were in full swing (the purchase of land and printing presses, erection of office buildings, etc.) prior to 1925. But the prophecy had the desired effect, bringing many more book-sellers into the fold – which resulted in a greater flow of money into the Society. And since the heavenly visitors never did show up, the Judge moved into Beth Saline and remained their until his death in 1942.

The biggest obstacle to the take-over of the local congregations throughout the world were the Elders. The local Elders were usually elected and therefore favored, and their positions firmly entrenched. Many were not about to bow to the dictates of Brooklyn. This is when the Organization’s great store of ruthlessness was harnessed. Sometimes hatchet men were sent out to take over by whatever means necessary. One such agent was sent to a large congregation in Germany and upon not being able to persuade the Elders to submit to headquarter edicts, declared the members “evil servants” and ordered those faithful to the Organization to follow him out the door. Only eight followed, but this newly-formed congregation was undergirded by neighboring congregations until it was just as large as the original. The old congregation was out, the new totally subservient to Brooklyn.

Such drastic action, however, was not always necessary. Zone directors, men selected by the Society, were sent from Brooklyn to each congregation. Over the years, by exercising political finesse, the Elders were pushed to the background as the zone directors were elevated. Or a congregation was divided into smaller congregations so the Elders’ influence was reduced. Eventually the position of Elder was simply abolished (and later reestablished, the Elders no longer elected, but appointed). Thus Brooklyn (Rutherford) had successfully taken over the local congregations. Now the ranks could be fully purged of non-conformists and malcontents. If one were found to be uncooperative he would simply be dropped. No literature, no communication, no favors. The ones most co-operative were given choice responsibilities and opportunities of advancement. There were always many to replace the ones that left or were ousted. The purer the ranks became, the better the book-selling business, because the Organization was now able to dictate hours spent selling, and impose quotas. The organization swelled.

The depression years were good years for the Judge and the whole organization. He lived in the San Diego mansion, summered in Europe and drove one of his two 16 cylinder Cadillacs. And the depression caused many of the disillusioned to turn to the Jehovah’s Witnesses (as of 1931 everyone in the Organization were henceforth called Jehovah’s Witnesses) for hope and security. In 1933, 403 stations worldwide were used by the Judge to condemn evil Christendom. Later, phonographs were carried door-to-door so people could listen to a six minute recording of the Judge’s preaching. Young people were discouraged from marrying so they could better serve the causes of the Society. In order to rejuvenate a declining book-selling business, Rutherford, in 1935, decided it was time to start a war!

Rutherford’s plan was to trigger confrontations in select cities so that the Society would appear to be martyred for their religious activities, and thereby gain public sympathy (and increased book sales). In the state of New Jersey the Witnesses were ordered by the Society to sell their books door-to-door on Sunday mornings. The citizens objected to this Sunday morning intrusion, and vigorously complained to the authorities who in turn forbade the selling of books without a permit. When the Witnesses refused to submit to this ordinance arrests were made. Defiantly, book-selling was then intensified, the wanted mass arrests made, and the ensuing sentences appealed. A peaceful community suddenly found itself in turmoil as their jails were filled with Jehovah’s Witnesses crying out against religious intolerance, and the critical attention of the whole nation was focused on them. The Society was prepared, in advance, to take their cause to the Supreme Court. The Society could have ended the confrontation at any time by simply appealing to the freedom-of-press guaranteed in the Bill of Rights (which they eventually did to win their case), but the Society was profiting from all the publicity engendered. Everything was going according to a very sinister premeditated strategy, resulting in greatly increased sales from a sympathetic populace – and the formation of more congregations.

In 1939 Witnesses from neighboring Youngstown converged upon the small quiet town of Hubbard, Ohio. To lure the town into a confrontation, they paraded around in their sandwich signs which declared, “Religion Is A Snare And A Racket.” The mayor politely asked the leader of this group to please stop parading up and down “with those ridiculous signs.” The answer….. No! Arrests were made, and Hubbard was drawn into a legal battle they were not prepared to fight. The Witnesses handed out pamphlets denouncing the arrests and called for a special meeting. This resulted in a near riot, arrests, fines and appeals. Rutherford was elated. Thousands of Witnesses flooded Hubbard and mob violence ensued. Plots of land were rented at strategic locations and signs erected proclaiming, “Hubbard, Ohio is Unfair – Hubbard, Ohio is un-American!” The battle was carried to the Supreme Court. Hubbard was the loser. 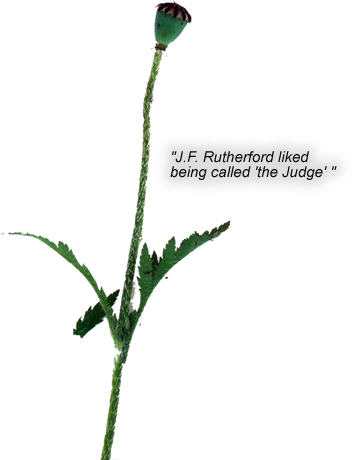 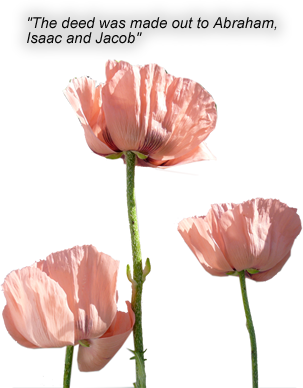 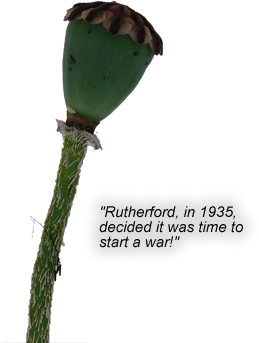