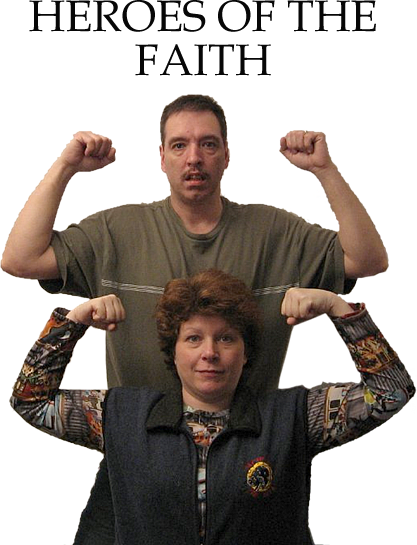 Stephen is the first known martyr for Christ and just maybe the first real hero of the faith.

Since, there has been thousands of followers of Christ who earned the entitlement, Hero Of the Faith. Most of the twelve apostles were murdered, as was Paul. You know there were thousands thrown to the lions during the first few centuries after the crucifixion of Christ. And you have heard of the Spanish Inquisitions where many faced the guillotine after surviving imaginative torture techniques. Perhaps you don’t know that thousands behind the iron curtain were severely persecuted, jailed and killed, and their families forced to live in poverty. And perhaps you don’t know many thousands (millions?) in China and elsewhere suffer today because they dare bear the name of Christ.

Not all heroes of the faith are martyred or even severely persecuted, especially in North America. But they earn the entitlement simply because they went further than most. Their faith in Christ, their commitment to Christ, their uncommon love for Christ caused them to do exploits for Christ.

This issue of The Main Issue gives but a sampling of heroism. Enjoy.