He said to me, “When I die, I die like a dog, and that will be the end.” But when he had the least pain or sign of illness, he would call me in the middle of the night, scared to death, and hurry me to come. I have seen too many self-styled atheists die, and have seen them cringe and whine like beaten puppies when they actually came face to face with death.

The New Age Movement is big on reincarnation, adapting it from Eastern religions which has taught this fallacy for centuries.

Douglas Groothuis in his booklet The New Age Movement explains reincarnation as such: “The soul progresses or regresses according to its own karma (good or evil deeds) from one life to the next. Although Eastern religions tend to stress the negative side of reincarnation (rebirth through cycles of human misery), the New Age weds the teaching to its evolutionary optimism, viewing it as a chance for endless advancement.”

Reincarnation: another of satan’s many counterfeit gospels.

ERROR #4: ECSTASY FOR ALL

There have been million-copy books about life-after-death experiences whereby EVERYONE interviewed had a marvellous out-of-body experience, so much so that they lost all fear of death. The core of these books is EVERYONE who died had a good experience, no matter what decisions they made on earth or how they lived. And ALL those who die should expect the same thing. I term this conclusion “Ecstasy For All.” In essence, this assumption teaches that it matters little whether one enters eternity “in Christ” or rebellious to Christ. There are no hints of eternal torment or, for that matter, anything unpleasant whatsoever. These books sell by the millions as it is certainly what many like to hear.

Is it possible? Could these books (that is, the theme or essence of these books) be true?

The only way these books could be true is if the Bible were false, entirely false. If there is no sheol-hades and no gehenna the Bible therefore is erroneous. If one enters a life of bliss even after rejecting Christ then there was no need for the cross of Calvary. Jesus, who more than any other person in the Bible warned of a place of “weeping and gnashing of teeth,” either told deliberate fabrications or was misquoted by New Testament writers. Again, it comes down to the Bible. Is it true or is it not true? (Issue # 3 deals with that subject.)

Then why the serious discrepancies? Why are there bestsellers claiming ecstasy for all and others warning of doom?

Interestingly, the patient of Dr. Rawlings did not remember any frightful experience whatsoever after his recovery; he only remembered the pleasant things after saying the sinner’s prayer. And this forgetfulness is not uncommon. The mind cannot cope with such horrible experiences and simply erases them from memory (a phenomenon called ‘sublimation’). Dr. Rawlings, who has been present at many resuscitations – perhaps more than any other person, says that MORE THAN HALF of the patients had frightful experiences, and most of them could not later recall them.
The big difference between this author and others is that Dr. Rawlings was present at the time of resuscitation, and often conversed with the patient during the critical moments, while the others listened to the patient’s account long after the fact. Also, Dr. Rawlings has stated that some of these other Ecstasy For All authors refused to interview those who professed a hell encounter, not wanting to hear negative reports. 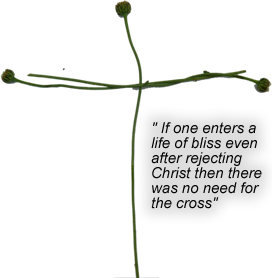