Library Of Books and Articles
You are here: Home1 / The Main Issue2 / Issue # 5 – Christ the Healer

Harold Hill writes about his involvement with NASA’s 1960’s project to send a man to the moon in his book How To Live Like a King’s Kid. Scientists had to calculate where the sun and moon, different planets, comets, asteroids, etc. would be in the upcoming years in order to plan safe flight routes. This was done by tracing the paths of certain comets, etc. back through the centuries. Hill writes, “As they ran the computer measurement back and forth over the centuries, it came to a halt. The computer stopped and put up a red flag; which meant that there was something wrong either with the information fed into the computer or with the results as compared to the standards.” The computers discovered that there was a day missing somewhere in the past. Somehow, a full day just disappeared.

The scientists were baffled. How can a day just disappear? One fellow related an Old Testament story he had learned in Sunday School as a child. Thousands of years ago, Joshua was about to defeat the enemy’s army but was running out of daylight. He prayed that God would extend the day and God obliged. “And the sun stood still, and the moon stayed, until the people had avenged themselves upon their enemies….. So the sun stood still in the midst of heaven, and hasted not to go down about a whole day.” (Joshua 10:13)

The poor guy got laughed at but the scientists checked it out as they had no other possible explanation. Going back thousands of years to the time of Joshua’s battle, they found that there was indeed almost a full day missing. Almost. Twenty-three hours and twenty minutes to be exact. Now the Bible said, “ABOUT a whole day.” Where did the other forty minutes go? The same fellow remembered another Old Testament account whereby the sun actually went backwards. It is found in 2Kings, chapter 20.

Hezekiah was about to die and he pleaded with God to extend his life. God heard his prayer and sent His prophet Isaiah to inform Hezekiah that he would be healed in three days and his life was to be extended 15 years. Hezekiah asked for a sign to confirm Isaiah’s promise; he wanted God to move the shadow of the sun dial backwards ten degrees. God obliged. Ten degrees is exactly forty minutes! The scientists had accounted for their missing day.

Actually, the year, month and day of these two Biblical events was calculated long before the computer was invented. AYale university professor, Dr. C.A. Trotten completed his brilliant mathematical work in 1890 and entered them in his book, Joshua’s Longest Day. His calculations were based on counting lunations and moon eclipses. Like the NASA experimenters, Trotten’s calculations proves again that:

The Bible is indeed an incredible book. 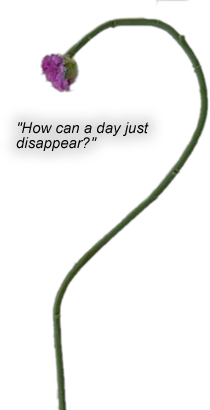 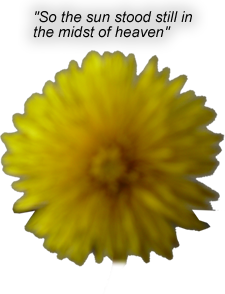