Library Of Books and Articles
You are here: Home1 / The Main Issue2 / Issue # 6 – Two Kingdoms

Don’t think Black Hat loses all the time. He doesn’t.

About seven thousand years ago Black Hat and White Hat had a confrontation over the rulership of the earth, resulting in a complete altering of God’s plan for mankind. God gave Adam authority over everything on the planet. Things were real nice back then, no spoiled apples or mosquito bites or even bad breath. Lots of food and lots of fresh air and lots of time for hikes. No flus, no headaches, no arguments. Adam was real happy, especially after God gave him a beautiful wife. Now satan also lived on the earth, and he wanted something Adam had, and he wanted it real bad – the authority that God had given to Adam, the right to rule.

You know the story. God told Adam they could eat of every tree in Eden, except one. That wasn’t asking much, one tree out of thousands. Obey this one command and they would live for all eternity, they and their offspring. Offspring, that’s you and me. It was our multi-great grampa wearing the white hat, running around in his birthday suit. God warned Adam if he disobeyed he would surely die.

So here comes a serpent, sent by Black Hat, and has a chat with Gramma Eve. Now back then serpents weren’t ugly and they didn’t crawl on the ground. Matter of fact, he was the smartest of the animal kingdom, perhaps the most beautiful. Did the serpent speak or did Black Hat speak through it?, I don’t know. Did the serpent have previous conversations with the pair?, I don’t know. The serpent tells Eve God wasn’t all that serious about the tree of knowledge, the forbidden tree, and if she ate its fruit she would become like God. Sounds good to me, Gramma says, and chomps away.

Yes, Black Hat won this most crucial showdown. Not only was Adam and Eve the losers, but you and I and all. Our enemy got his prize that day, the authority over all the earth. The earth was now his kingdom, and still is. You see, God couldn’t take it back, it wasn’t His to take, He had given it to Adam. Adam forfeited the authority to the one now called “the ruler of this age.”

And Adam? Well, he lost his white hat immediately. No longer was he a good guy, but a sinner, a rebel, an outcast from God’s manifested presence. He and God were now in different camps. Adam was warned, “You will surely die,” and that’s what happened – he was now spiritually dead.

And so are you. Yes, alive in your body but dead in your spirit. You do not have fellowship with God like Adam had before he sinned. Spiritually you are dead. But there’s hope. There was to be another showdown; it took place at Calvary, just outside Jerusalem.

God cursed that serpent, and said from now on you crawl on the ground. And He cursed Black Hat, and told Him a descendant of Eve would one day crush his head, a prophecy partly fulfilled at Calvary, the rest to be accomplished at another showdown some time in the future. 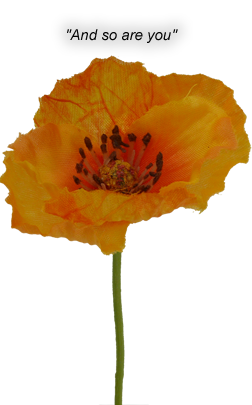