Because it isn’t like any other book. If all other books combined are worth a dollar, the Bible is worth a thousand. You ought to read the Bible. It is God’s word for you.

The first Bible verse we go to is:

Psalm 14:1 (Amplified): The [empty-headed] fool has said in his heart, There is no God.

Come across any fools lately? Guys who think, Hey, there ain’t no God! Good luck created me. You know, these billions of nice molecules just came together and here I am. Lucky me!

The Bible (and the Author) calls them fools.

Seen this cowboy show once. Here was this dude, all by himself, rifle in hand, in a wagon in the middle of the prairies. He was surrounded by Indians, lots of Indians, none of whom appreciated some cowboy invading their turf. Each of them Indians would relish sticking his scalp on his spear as a trophy and waving it around in the wind.

You’re like that cowboy, see? No, you’re not surrounded by Indians, you’re surrounded by fools. Everywhere you look there are people who say in their heart, There ain’t no God. No, they don’t say it out loud, but believe it in their heart. Like those Indians, they are out to get you.

You know what’s in a person’s heart by how he lives and how he talks. A man who believes there is a God doesn’t curse God, doesn’t ignore God, and doesn’t make light of spiritual matters.

Matthew 7:18 (KJV): A good tree cannot bring forth evil fruit, neither can a corrupt tree bring forth good fruit.

Good trees produce good fruit, bad trees bad fruit. Wise people produce wise people and fools make fools. A student of fools is going to become a fool, can’t help it. You will become like those you hang with. Like those you listen to. Like those you accept as teacher. (Hey, I’m not talking math and science!)

That teacher may have brains, maybe she’s cool, I don’t know. She may have twelve degrees, maybe she is somebody’s hero – but she is a fool. Because she says in her heart, There ain’t no God. She is one of the many Indians surrounding you. She produces after herself and those who adhere to her will become as she is.

Romans 1:22 (KJV): Professing themselves to be wise, they became fools.

You are surrounded by atheists, feminists, agnostics, humanists, scoffers. You listen to their words every day. Those words are programming you, molding you, leading you in a certain direction.

Unfortunately fools do not walk around with an I Am A Fool sign on their back. Matter of fact they got you thinking they are the smart guys. They even give degrees to each other that in effect say, This is one wise dude.

Their words are polished, their arguments sound good, they seem so smart, so finished. Little guys like us have a hard time not being impressed with their words and mannerism. If they say something real dumb like, We are all a product of chance happenings, we drop our guards and accept what any mathematician will say is an impossibility. And if they say we have this Unconscious Mind, we figure they wouldn’t say it if it weren’t true. If they scoff at the notion of a literal heaven and hell, then for sure these things can’t be real.

Romans 1:21 (Amplified): They became futile and Godless in their thinking [with vain imaginations, foolish reasonings, and stupid speculations] and their senseless minds were darkened.

Hey, God’s talking about fools. Futile means they don’t do anybody any good. Godless means they leave God out of their thinking. An example of vain imagination is thinking you’re a somebody. Evolution is a sample of foolish reasoning. A stupid speculation is saying there is no life past the grave. A darkened mind is a mind that lacks the ability to come to a right conclusion.

Matthew 7:13 (KJV): For wide is the gate, and broad is the way, that leads to destruction, and many there be that go in.

You see, most people are going the wrong way. Most people are headed toward destruction, and you are being swept along. You feel a certain security and warmth being in the flow but their end is destruction.

Proverbs 13:20 (KJV): A companion of fools shall be destroyed.

To a large degree you choose who you hang with, the company you keep, the heroes you adulate, the words you hear and read. You choose the Indians who surround you. But the Bible says, A companion of fools shall be destroyed.

Proverbs 1:31 (Amplified): Therefore shall they eat of the fruit of their own way.

A person eats out of his own packsack. Drinks water from the well he has dug. Reaps from the seeds he has sown. Sleeps in the bed he has made. Slurps the soup he has cooked up. Eats of the fruit of his own way. A person who chooses foolishness has horrible consequences that will catch up to him some day. It may be down the road of life, but calamity awaits with jaws wide open, eager to devour munchy little fools.

Fools and wisdom don’t get along too good.

They are convinced they are right. Can’t see the emptiness of their own lives, the sadness in the mirror, the hurt in their hearts. Others can see their misery, but they cannot. They are proud and foolish, heading toward destruction.

Fools are ostriches with heads in the sand, refusing to consider the sure destruction that’s going to gobble them up. They are walking into the eternal death their sins have earned them, but they don’t seem to care.

If you want to live, you got to get away from them. Turn your back on them. Make a decision you are no longer going to walk their walk, rap their rap, sing their songs, laugh at their jokes. You really have no choice. The end of the fool is destruction and “A companion of fools shall be destroyed.”

Proverbs 8:33 (Amplified): Hear instruction and be wise, and do not refuse or neglect it.

Not often you will get good advice. When it comes “do not refuse or neglect it.” Right now you are getting good stuff. So listen up. Turn from the ways of the fool and the perverse.

In other words, Wise up! Do the right thing, make the right moves, stop walking after fools, those who say in their heart, There ain’t no God.

Proverbs 4:8 (Amplified): Prize Wisdom highly and exalt her, and she will exalt and promote you.

If you hold wisdom in high esteem and walk in the way of the wise you will be a winner. You will end up in the place where you want to be.

If you had to choose between a ton of gold and a ton of wisdom, which would you choose? (Please don’t say gold.)

My precious Lord and Saviour Jesus Christ spoke these words. It is a very complete definition of foolishness and wisdom. These words of Christ can be used as an indicator, to let you know if, right now, you are walking in wisdom or foolishness.

The wise are those who build their house – their lives – on the words of Christ, choosing His words above all others.

Fools are those who reject or ignore the words of Christ, choosing to build their house – their lives – on sand, words of another.

James 4:6 (Amplified): God sets Himself against the proud and haughty, but gives grace [continually] to the lowly (those who are humble enough to receive it).

You must humble yourself, admit you’re not good enough, acknowledge your need for Jesus to save you, that you can’t make it on your own, that you have been a sin machine who needs to be washed in the blood of the Lamb. (Jesus is the “lamb of God who takes away the sins of the world.”)

1 Timothy 1:15 (KJV): Christ Jesus came into the world to save sinners.

You are a sinner, doomed to eternal punishment. Jesus came into the world to save you. Because He loves you.

Jesus asked his disciples that question. Peter spoke up, “You are the Christ, the Son of the living God.” Now who do YOU say that Jesus is?

A little louder please, I can’t hear you.

John 10:10 (Amplified): I came that they may have and enjoy life, and have it in abundance (to the full, till it overflows).

A story. There was this baby who got mixed up with this other baby and she ended up in the wrong home. Things weren’t so good – Daddy drank a lot, Mom was always crying, the bed sheets rarely got changed, they ate a lot of porridge and cheap hamburger meat, everyone looked down on them. Got the picture? When the mistake was realized, thirteen years later, the real parents came to rescue their daughter. Her real Daddy was nice, Mom was altogether, they lived in luxury, and everything was clean. But the daughter didn’t want to leave the only world she knew. Dad and Mom weren’t happy or successful and didn’t show the daughter much affection, but she was accustomed to them. They were family. And besides, she got to watch real hot videos, and get spaced out on rock and weed, and go out with the guys any night of the week – and she knew instinctively that that would change. And what would her friends think? They would probably razz her and turn their back on her.

Her real Dad and Mom knew their daughter would be much happier with them. They would love on her until the wounds of childhood were healed. She would have a clean bed and healthy food and good friends. But they didn’t have the heart to just drag her off. They explained the circumstances as best they could, how there was a mix-up at the hospital, how she ended up in the wrong home, how much better things would be if she made a decision to leave the old life behind and accept the new life. And then they let her decide for herself.

So it is with you. Things did not go as they should have. You were supposed to live in fellowship with God, walk with Him and talk with Him. You would have been happy, very happy. But satan got in there, Adam fell to temptation and…well things got messed up real bad.

Now Jesus comes to offer you a chance to live where you were created to live – with the Father, with Jesus, with the Holy Spirit. And with lots of Christians. This world is much better than the one you are used to. If your present life is worth a nickel, this new life is worth a hundred dollars.

Yes, it will be hard to leave the old behind – not because you are happy, but because you are accustomed to it. It’s the only world you know. God will not force His will upon you. He sent someone (me and others) to explain the circumstances, how things got messed up, how there is a better life for the receiving. But the choice is yours.

John 3:19 (KJV): This is the condemnation, that light has come into the world, and men loved darkness rather than light, because their deeds were evil.

Jesus is the light of the world. The sin of man is rejecting this pure, wholesome, healthy light, preferring instead the life of darkness where sin abounds.

Proverbs 13:13 (KJV): Whoso despises the word shall be destroyed.

The wise person is the thirteen year old daughter who made the decision to accept the better life, the one who after hearing the words of Jesus Christ, made a decision to build on those words. 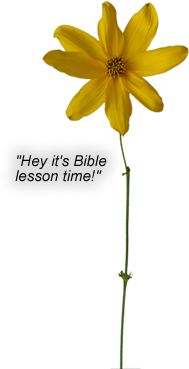 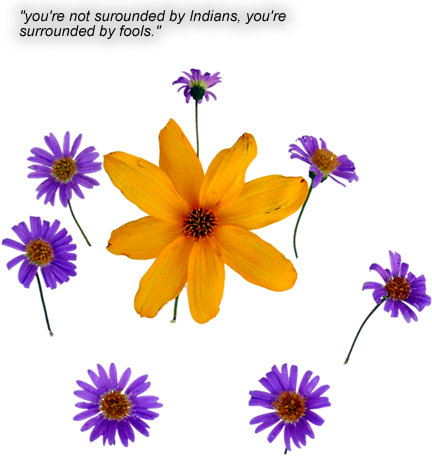