Kaboo was born of the Kru tribe which inhabits the western forests of the Ivory Coast. Kaboo’s father was a tribal chieftain and he a prince. When a child, Kaboo’s father was defeated in a tribal battle and, as was custom, the prince was held as a pawn in the enemy’s camp until a war payment was paid in full.

The indemnity was promptly made and the child released, but years later the father was defeated again, and again Kaboo was held as a pawn. This time the ransom took several years to pay and Kaboo was treated with unspeakable cruelty by his captors.

And then a third time. Now fifteen, Kaboo was a captive of a merciless chieftain enemy. No matter what his father brought as indemnity, the ruler declared it insufficient. The torture was intense and the father offered to send a daughter as hostage to take his son’s place but Kaboo said no, that would be worse than the punishment. Father gave up trying to make restitution and the angered chieftain had Kaboo beaten daily with a thorny poison vine that ripped his flesh and caused his body to burn with fever. A messenger was sent to the father after each beating, describing in detail the agonizing torture of his son.

The teenager was about to die from the beatings and poisoning, but before dying he was to suffer a horrible torture especially designed for unredeemed pawns. A pit was dug near an anthill. After one final beating the captors would bury the young prince vertically, all but his head, pry his mouth open with sticks and place sweet fluids in his mouth to attract the ants. Later they would bring the dreaded driver ants to consume his living flesh. But first there was to be one final beating with the poisonous whip. It was during this beating that it happened…

Suddenly there was a flashing light, like lightning, from the sky blinding all but Kaboo. A voice, audible to all, commanded Kaboo to get up and flee. Kaboo was instantly healed and strengthened. He could now run though seconds before he couldn’t stand. And run he did, as fast as he could, straight into the jungle, the enemy in pursuit. The jungle was so thick that in places it was dark in the daytime, making it easy to hide.

Kaboo was still in danger as he couldn’t return to his tribe and family, nor could he survive alone in the jungle. Anyone seeing the fleeing pawn would return him to his tormentors. There was danger everywhere, from poisonous snakes to cannibals. But the same friendly light that set Kaboo free guided him through the dark nights and he hid in tree trunks during the day. Guided by the light, Kaboo emerged weeks later at the only safe place in the country, a white settlement near Monrovia, the capital of Liberia, the only important settlement at that time with civilized law.

Kaboo met a boy from his own tribe who led him to Christian missionaries. One Sunday a woman was preaching about Saul, a man in the Bible who was on his way to arrest Christians in the city of Damascus when he was struck by a heavenly light that blinded him. A voice spoke from heaven saying, “Saul, Saul, why do you persecute me?” It was the voice of Jesus.

Kaboo shouted, “That’s just what I saw! I have seen that light! That is the same light that saved me and brought me here!” As Saul was converted to Christ when he heard the gospel message, so did Kaboo surrender his life to Jesus. And as Saul (who was renamed Paul by the Lord) had an unusual anointing upon his life, so did Kaboo. Though never to reach his 21st birthday and living only five years as a Christian, the anointing on his life caused him to bear much fruit for his beloved Jesus.

When baptized, he was given the name Samuel Morris. Filled with Godly zeal, he was one to pray out loud and his night-long prayers tested everyone’s patience. One day he led a boy to Christ who had escaped from the same evil chieftain and was a witness to Samuel’s escape. He confirmed the story of the light that saved Samuel’s life

Sam worked at odd jobs in Uberia for two years. He had been told about the Holy Spirit who Jesus promised to be a helper and comforter to His followers. The missionaries’ knowledge of the Holy Spirit was limited. Sam asked a missionary where she got her knowledge of this Holy Spirit. When she replied that it was from a Stephen Merritt who lived in New York City, Sam replied without hesitation, “I will go to see him,” and was soon running toward the coast!

Upon arrival, he spotted a sailing ship anchored at sea and its small boat making trips to shore to pick up supplies. He made it known to the captain that his Father wanted the captain to take him to New York, his Father being the God of heaven. The captain thought him crazy and refused him, but Samuel wouldn’t go away. Since two of the crew jumped ship in the night, the captain took the negro boy on board to work for his passage. Sam was on his way to America to learn more about the Holy Spirit.

The captain was a hard and cruel master of his ship, dreaded by his crew. The crew consisted of crude transients and derelicts from all corners of the world, one not understanding the language of the other. They cursed, drank rum and fought. They picked on Sam, cuffing and slapping the slight teenager.

By the time they arrived in NewYork harbor five months later the captain and much of the crew were converted to Jesus Christ! They come to love Samuel Morris, the black boy with the anointing of God who prayed the sick to health and was servant to all. They prayed with Sam and sang songs to their Savior. The men took a collection of clothes and pieced together a suit for the youngster, and Sam was given the privilege of being the first to walk the gangplank to shore. The year was 1890.

Samuel asked the first man he seen where he could find Stephen Merritt, a seemingly ridiculous question, but nonetheless the stranger offered to take Sam to Merritt’s home across town for the price of a dollar. Upon arrival, Sam told Stephen Merritt, “I am Samuel Morris. I have just come from Africa to talk with you about the Holy Spirit.” When the guide asked for his dollar, Sam pointed to Merritt and said, “Stephen Merritt pays all my bills now.”

That first night Sam was instructed to wait in a mission for transients until Merritt came back from an appointment, and when he returned there were seventeen men laying prostate on the floor, enveloped in the power of God, surrendering their lives to Christ. Sam brought to America the anointing of God.

Merritt, a wealthy man, was the secretary to an important bishop. Sam won Merritt’s heart and that of his household and slept that first night in the bed reserved for the bishop and in the bishop’s nightgown – but not before he prayed with his host. The power of God fell and Merritt had a most powerful encounter with the Holy Spirit. When Sam was asked to bless the food at mealtime every eye became wet with tears.

One day Stephen and Sam were on their way to a funeral in a horse drawn coach. They picked up two Methodist clergymen, doctors of divinity, who were clearly slighted to share a coach with a black boy. Sammy asked permission to pray, and the glory of God filled the coach, resulting in a permanent mantle of God’s anointing on Stephen Merritt’s life (and two ashamed clergymen).

The funeral was awesome as the three men preached the love and tender mercies of God as they never preached before. The people felt like heaven had opened and poured its blessings on them. People repented of their sins. Sam felt the presence of angels.

Sam was invited to speak to young people at Sunday school. Within minutes the altar was filled with weeping, repentant teenagers, such was the awesome presence of God. The young people immediately formed the Samuel Morris Missionary Society, and Sam was soon able to go to school, Taylor University.

Upon request, Sam was directed to a black church. Arriving late in the service, he walked up to the pastor, a stranger, and requested permission to give a message to the people. There was something about Sam that made the pastor agree, and in seconds the entire gathering was on their knees shouting for joy and weeping before God. The pastor later spoke of this incident: “I did not listen to hear what he was saying. I was seized with an overpowering desire to pray…I know my soul was on fire as never before. The light that had brought Samuel Morris out of bondage in Africa was surely shining into the hearts of our brethren there in Ft. Wayne. No such visitation of the Holy Spirit had ever been witnessed by that congregation.”

Taylor University was too much for a young man who could barely read or write, and Sam was given private tutoring until able to enter classes. The school was in trouble in those days. Not only was it ebbing in its fervor for God, but it was on the edge of financial bankruptcy.

The light burning in Sam’s soul rejuvenated everyone from the president to the new enlistees. A Faith Fund that had been started to support Sam was used to meet the financial needs of the university; Sam refused to touch a penny, insisting it be used for others instead. His faith was infectious, and as faith was stirred in the hearts of those around him, the necessary funds were raised and the university saved.

Samuel Morris did not live to fulfill his dream. He ached to return to his tribe and preach to them the gospel of Jesus Christ, the gospel that radically transformed his own life. He never complained of the cold he caught and the sickness that stole his health, and soon he was dying. Laying in bed, he said to his fellow students, “I am so happy. I have seen the angels. They are coming for me soon,” and soon after died, an expression of sheer joy on his face. The community sank into deep sorrow.

The anointing on Samuel Morris caused revival in the hearts of thousands. The captain and the crew remained faithful to God and were like family to each other. Stephen Merritt prayed many sick and insane to wholeness and led ten thousand people to Calvary’s precious cross, all because of the unction of the Holy Spirit that fell on him that day Sam prayed in the coach. Sam saved a university, spiritually and financially, and passed on a vision of the bigness of God. Every year missionaries trickled out of Taylor to the nations for decades thereafter. Sam’s name was an inspiration to many around the world.

And yet there is no natural logic to explain the success of a penniless black, short in stature, unimpressive to look at, only slightly educated, who never lived to see his 21st year. Jesus said,

“With God all things are possible.” He chooses who He will and Sam was His choice. 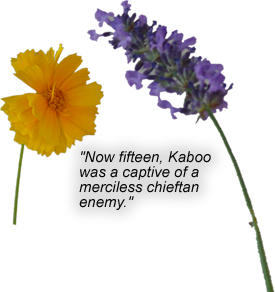 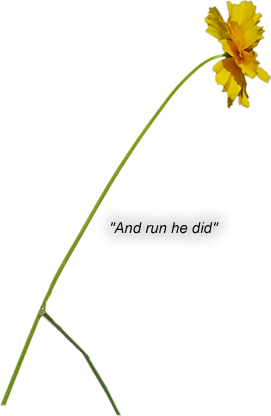