Joshua was eleven in 1981. The Lord had commissioned him to walk into a dirty Middle East war with his father, carrying his eight foot cross. In a time of prayer Jesus said, “Joshua, go with your father…”

Israel had attacked the country of Lebanon from the south and now, with three other ally armies, had its capital city, Beirut, surrounded. All four armies were pounding the PLO and Syrian forces with heavy artillery. Buildings were blown up, streets were a shambles, many were killed. Joshua’s dad felt the Lord wanted him to go to West Beirut and speak a word of peace with the PLO leader, Yasser Arafat, who he had visited years ago.

So father and son flew out of Sweden where they were each carrying a cross, arriving in Tel Aviv, Israel. Their intention was to take their two crosses into the heart of the battle, right across ‘no man’s land,’ and into Beirut, Lebanon where they would speak a word of peace to Arafat and his troops. Of course to do so was an impossibility. But for God, doing the impossible is ordinary when He has obedient servants through whom to work.

Normally, an eleven year old boy has his mind and heart on things other than the Lord’s business. But from childhood, Joshua had been the exception. He was in his mothers womb when his father was making his trek across America in 1969, Sherry always close by with the van. When his mom was called to a forty-day fast when in her third month of pregnancy some thought it would be harmful to the baby, but Joshua was born big and healthy. His early years were spent on European roadsides – he did not know he was an American. Various vans, campers, trailers – traveling thousands of miles with his family of five, often walking with his daddy.

He was a babe when pushed in a buggy through war-torn neighborhoods of Belfast, a small child when walking with his dad along the roadsides of communist Yugoslavia and Bulgaria where the sight of a cross was most unwelcomed by the authorities, a young boy when caught in a terrible sea storm in Asian Waters. He met vicious gang leaders in Papau New Guinea who came under the convicting power of the Holy Spirit and turned their lives over to Christ. He was there when Daddy set a crippled little girl on her feet and she walked for the first time. He saw mass healings. He witnessed crowds of thousands mobbing the cross, desperate to hear the gospel of Christ.

Sometimes Jesus used him in most unusual ways. There was no reason to take his skateboard with him to the Amazon River, but he had a feeling he should. On one occasion when he and Dad got off their boat and headed toward a small village to preach the gospel, all the people fled in fear, watching the Blessitt twosome from the edge of the jungle, refusing to come out. There was a hill not far from the river. Dad instructed Joshua to take his skateboard up the hill and skate down. Joshua protested somewhat – it was a steep hill – but consented. The natives watched in amazement as the young white boy skating faster and faster down the hill, finally jumping off and tumbling on the ground before hitting the river. In their excitement they came out to help him. Joshua made friends, and the people heard the good news of Jesus Christ.

Joshua had learned at an early age the keeping power of his God. There was that day in Turkey when his whole family was in a terrible car accident. A heavy truck bumped their trailer behind their car and suddenly the trailer was beside them! Over the bank they went, trailer and car rolling over each other, not sideways but end over end. The trailer was smashed. The roof of the car collapsed, the sides crushed in. The car had landed upside down on the cross, breaking it in two pieces. Joy went through the front window, Joel flew out a side window, Gina climbed out with baby sister, Joshua and Joseph climbed out the back. Mom was unconscious in the front seat and Dad hung upside down in his seat belt.

Other than a small cut beside his dad’s eye, no one was bleeding, none had broken bones, everyone was okay. They did not weep for themselves but for the broken cross. God had kept them.

It was on October 1, 1981 at the age of ten that Joshua received his mandate from the Lord to carry the cross. “Joshua,” the Lord said, “make a cross and carry it alongside your father.” The next day he told his mom, “Mama, I don’t guess I’ll get to do the other things that children do as I grow up. I’ll be carrying the cross.”

The pieces of wood Mom picked out for his cross at the lumber supply were too light. He spotted a two-by-three about eight feet long that seemed just right. His cross was beautiful, and the very next day, just two days after his calling, he was carrying his cross behind his dad before a crowd of 60,000 people at a Jesus Rally in the Pasadena Rose Bowl, and through the streets of Pasadena.

Joshua soon found out that carrying a cross in a foreign land is no easy task. The first country he visited with his cross was the Philippine Islands. They were walking around the island of Romblon. When they peaked a jungle-covered mountain, Arthur turned around to see how his son was doing. Tears were falling down Joshua’s cheeks. “I’m okay, Daddy,” Joshua said. When his dad ordered him to take off his boots they could see the blood-soaked socks. His feet had blistered, the blisters burst open, and new ones formed in their place.

“Daddy, I decided I would walk as far as I could until I couldn’t take another step.”

Though Joshua had seen so much, it was a shock to his young heart to be in the midst of the Middle East war. The sight and sound of man clashing with man – rockets, tanks, bombs, artillery, flashes of fire filling the sky – made him cry. Daddy held him tight and offered to take him back, but Joshua replied, “Daddy, Jesus told me to go with you as far as I can. I can’t turn back. I will stay with you. Jesus is with us. Let’s go. I’m okay.”

And so on they went.

When they got to Lebanon there was no way they could get close to Beirut. Only those who had a pink slip could get closer, and it was impossible to get one. But God opened a door:

They were in a restaurant talking to a Norwegian waitress whose boyfriend was a bodyguard for an Israeli commander. Soon father and son were dining with the commander who was so taken up byJoshua that he gave them a pink slip to go anywhere in Israel-held territory.

They passed through about thirty barricades on their way to Beirut, many of the guards surprised to see their pink slip. But there was no way they could hope to get through the barricade surrounding Beirut itself. Again God opened a door.

Joshua handed a Jesus Loves You sticker to one of the nearby newsmen who then recognized the man with the cross. The reporter suggested they outflank the Israelis and try to get through the barricade of one of the other three armies surrounding Beirut, as that was the way they slipped in one of their reporters. The newsman drew a map and soon Dad and Joshua were standing before a Philangest commander at the edge of the barricade. The commander insisted they could not pass until they got permission from the Israelis. There was an emotional controversy. The Spirit of God fell on the commander. Joshua heard Daddy say, “In the name of Jesus, we must go in.” Dad and commander stared at each other for a long time, both being bathed in the presence of God. Finally the commander gestured to them to pass saying, “God be with you.”

Past the devastated buildings they walked, hand in hand, each with their cross on their shoulders. Soldiers yelled at them to come back, some ran after them, but they rushed out into no-man’s land in the midst of five fighting armies.

But they did not die. Prayerfully they chose the path to walk so they would not step on a mine. The CBS, ABC, NBC, Polish television, British television and Swedish television caught the moment. People from all over the world witnessed the father and son team, each carrying a cross across no-man’s-land, each cross bearing a white flag, both waving Bibles and smiling. Past tank barricades, past mounds of dirt from bombs, past unseen mines.

Into the Syrian PLO lines they went, soldiers cheering; they had broken the Israeli blockade and to them it was a victory. Photographers clicked their cameras as Yasser Arafat, who had spoken with Blessitt two years previous, appeared at the scene while the world looked on. Even the communist countries carried the story.

Eleven year old Joshua did not eat that day. The screams of hurting children were everywhere. The hotel where they slept was badly bombed and the building shook from missiles all night. But Joshua didn’t complain. He never complained. He was aglow with the Spirit of God. Jesus had called him; Jesus had kept him.

John 3:16 declares, “For God so loved the world that he gave his only begotten Son that whosoever believes in him should not perish but should have eternal life.” The truth of that verse impacted the nations that day. Hearts were suddenly focussed on the Christ who died so others might live, on the Man of peace who paid a debt He did not owe.

Joshua was privileged to carry his cross into what people call the Holy Land, where Jesus preached, healed the sick, suffered and died, and rose from the grave. And privileged to have drank from Jacob’s ancient well where the woman gave Jesus a drink of water. His eleven-year-old heart must have been moved as he carried his cross, a few step behind his dad, through Old Jerusalem, so familiar to his Savior, and along the same path Jesus carried His cross on His way to Calvary. And Joshua’s heart must have been affected when he stood on the Mount of Olives overlooking the beautiful city of Jerusalem where his Jesus wept over the city that rejected His salvation, where his Jesus sweat drops of blood, knowing the agony He would suffer the next day, where his Jesus was taken into heaven, the disciples looking on in wonder. 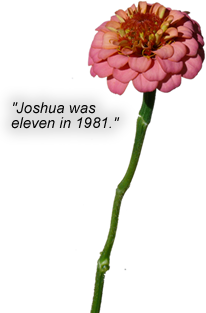 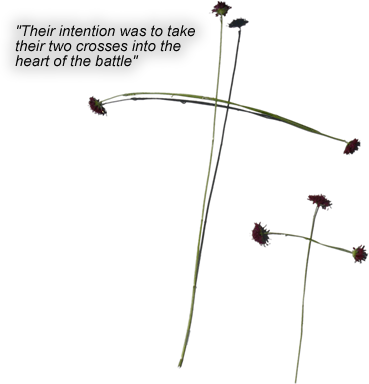 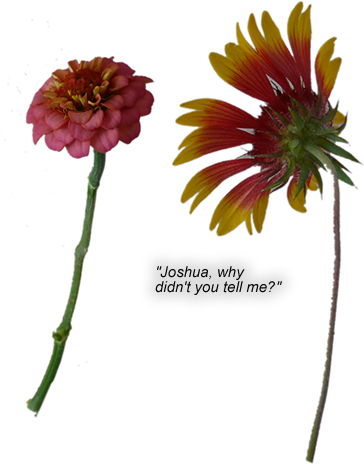 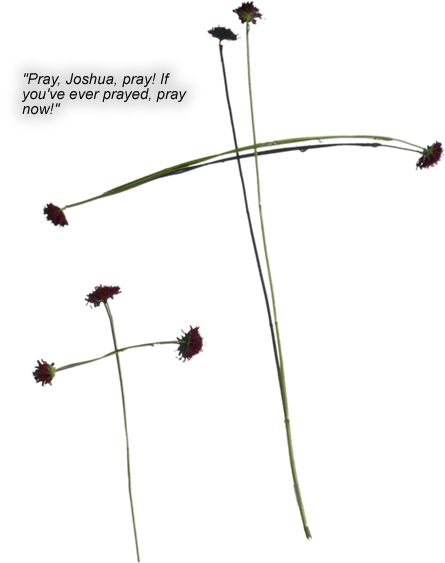 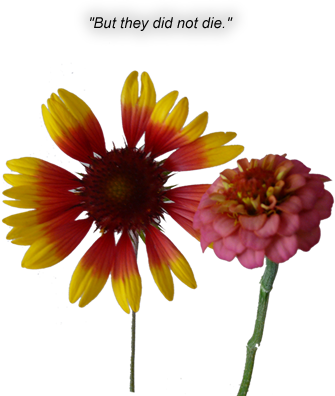 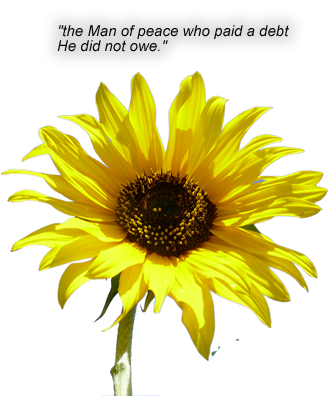