What came first, the hen or the egg?

Well how did the egg get here if there was no hen to lay the egg?

Well, how could the hen get here except it matured from an egg?

Yes, the hen did come first. How did it get here? Someone must have put it here.

WHAT DO THE FOSSILS SAY?

1. There is no evidence of gradual development from the simplest to the most complex organisms. The fossils do not, and never did, support the theory of evolution.

3. Evolution teaches the more complex animals evolve from the simplest organisms. The older rocks, however, do not contain these simple organisms, an embarrassment to the evolutionist.

4. The missing links (between species) are nonexistent. If the theory of evolution was authentic there would be a plentiful supply.

5. Many huge graveyards of fossilized animals have been found, indicating sudden death to a vast number of animals and plant life. Evolution has no explanation. It is, however, quite compatible with the flood account of Genesis.

6. The impressive amount of fossils indicate a flood. A creature will only become fossilized if covered quickly before decay sets in. A flood will not only drown the creature, but often cover it with sediment. Only a flood explains the vast quantity of fossils.

7. Fossilized fish should be a rarity, yet they are found in abundance in sedimentary rock. How does a fish end up in a rock before it decays? The only answer is a vast flood.

8. Fossils of temperate animals and plant life are found both in the North and South Poles, revealing they were once temperate lands. The Bible indicates that before the flood there was a water canopy in the earth’s atmosphere covering the entire earth. Such a canopy would cause the earth to have an equitable temperature. And such a canopy would hold enough water to flood the earth.

WHAT DOES GOD THINK?

Romans 1:18-22: For we see divine retribution revealed from heaven and falling upon all the godless wickedness of men. In their wickedness they are stifling the truth. For all that may be known of God by men lies plain before their eyes; indeed God himself has disclosed it to them. His invisible attributes, that is to say his everlasting power and deity, have been visible, ever since the world began, to the eye of reason, in the things he has made. There is therefore no possible defence for their conduct; knowing God, they have refused to honour him as God, or to render him thanks. Hence all their thinking has ended in futility, and their misguided minds are plunged in darkness. They boast of their wisdom, but they have made fools of themselves. (New English Bible)

That’s what God thinks about evolution. He says evolutionists have “no possible defence.” Proof of a creator is all around them. Design really is proof of a designer. But “in their wickedness, they are stifling the truth” and passing it off as science. God’s “everlasting power and deity” is “visible…to THE EYE OF REASON.” The concept of design without a designer is unreasonable. Evolution is unreasonable. 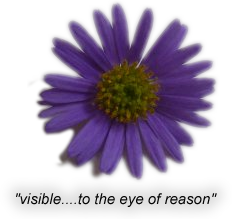