Evolutionism is an old theme, taught by Aristotle in ancient Greece. But the theory lay dormant over the centuries until revived and energized by a British naturalist.

Charles Robert Darwin scratched the itch of nineteenth century liberalism for an alternative to creationism. In 1859 his famous book, The Origin of Species, shook the world, and evolution soon after became the preferred manner of explaining the existence of life.

Evolution rationalizes design without a designer. ‘Nature’ is not the product of a designer (God), but rather a product of what Darwin calls Natural Selection. Natural Selection, basically, is the survival of the fittest, the one most befitting its environment. For example, the giraffe’s long neck helps him reach more food than smaller animals and therefore increases his chance of survival. One of the reasons the rabbit has survived is because of its ability to produce plentiful offspring. And man? This animal has survived because of his superior brain power. He is simply more intelligent than other animals.

It is life’s struggle to survive that causes change in species. The young always differ in many small ways from their parents and these changes can pass to future generations. Only the changed products most suitable to the environment will survive, the others will die out. In time entirely new species will evolve. All creation is the product of time, chance and natural process.

If one could walk backward through the long extension of time that evolution requires, one would see clearly the changes from one species to another. For example, man’s ancestor would be some kind of sub-human creature, possibly an ape or some animal common to both man and ape. And that ancestor, whatever it was, evolved from an amphibian that crawled out of the sea.

All life at one time was limited to the water world. It was in the water that earth’s first life systems evolved, including amphibians that crawled out onto land. The amphibian’s ancestor was probably a fish. And the fish could be traced to something resembling a worm. If we keep on trekking backward through time we would eventually end up at man’s beginning – a molecule.

The only proof of evolution was in the fossils. Darwin admitted his deductions could not be proved by the fossils available at the time, but future finds would surely uncover the missing links between the species. Future generations, keen on establishing its own ancestry, spent much energy in search of the missing link.

Tons of fossils have been unearthed. The first discovery was homo erectus, the remains of a creature that did not seem to be fully man or fully ape. This was followed by Neanderthal man, Cro-Magnon man, and Australopithecus africanus. Although each discovery was accompanied by skepticism, the general consensus of the science world was that the missing link had indeed been found.

Evolutionists have occasionally altered the theory of evolution. Natural Selection is no longer considered viable by many and other explanations have replaced it. One evolutionist writes, “The theory of evolution is not just getting older, it is getting better.” And another says, “The descent of man from an extinct species of primates is not a vague hypothesis…. but an historical fact.” Most of the science world, it seems, do agree that evolution is an established fact.

Evolutionism had triumphed over creationism. 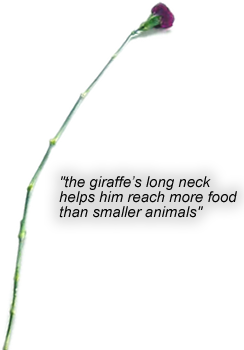 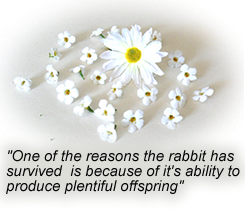