YOU ARE A CANADIAN

Around the year 1000 A.D., a Christian Norseman by the name of Leif Erikson was sent by King Olaf to bring the Christian message to the Norse settlement on Greenland (founded by Erikson’s father, Eric the Red). Missing Greenland, Leif reached the eastern shores of either Baffin Island or Labrador. He later established a small settlement in Newfoundland which endured only a short time.

History next records an Italian explorer, John Cabot, discovering the rich fishing banks of “New Found Land” in 1497, and European fishermen thereafter made many trips to this area.

French explorer Jacques Cartier, having been sent by the King of France to find a northwest route to China, sailed into the St. Lawrence River in 1535, reaching the Indian village of Stadacona where Quebec now stands. He later climbed a hill behind the Indian village of Hochelaga where he could observe the Ottawa River and the Lachine Rapids. He named the hill Mont Real (Mount Royal), the site of the city of Montreal. Cartier’s explorations gave validity to France’s claim to that vast northern stretch of land, and it became known as New France.

French merchants began to barter for fur with the coastal Indians, and trappers came to hunt the beaver. Beaver hats were the European fashion rage in the 1700’s, and there was a good profit to be made. In time trappers and traders moved further inland, eventually reaching the Pacific. The beaver and other fur bearing animals were much responsible for the discovery and settlement of the northern half of the New World.

Samuel de Champlain, another French explorer, founded the village of Quebec in 1608, the first European settlement, and later established a trading post in Montreal. He made an alliance with the local Indians to fight the dreaded Iroquois in the area which is now New York. The Iroquois hated the French from that time, and over the years caused them much grief. Champlain’s explorations reached as far west as Lake Ontario.

In order to populate New France, France gave monopoly rights of trade to a group of merchants on the condition they transport settlers free of charge. Tadoussac, a tiny village on the mouth of the Saguenay River, was founded that way, but did not survive even one harsh winter. Another, Port Royal in Nova Scotia, was abandoned after a short period. In 1615 an earnest effort by the Catholic church to proselytize the natives was begun. The Jesuit priests were very influential in every French community.

Because the English were also established in North America (along the eastern seaboard), the Thirty Years War between England and France spread to the new world. In 1629 Acadia and Quebec were captured by the English and returned to France at war’s end. This was the beginning of a struggle between these two countries for domain over North America. The French reached far into the west and south, settling the Mississippi Valley, claiming this vast expanse of territory as theirs, thus halting the western expansion of the British colonies. Meanwhile England claimed Rupert’s Land, a huge tract of land including all the Hudson Bay area, stretching to present day Alberta.

When war broke out at intermittent times, the Iroquois sided with the English against their hated French foe, and the Huron and other tribes fought with the French. A century of struggle between the two nations was decided in 1750 at a major battle at Quebec City between Louis Montcalm, leader of the French forces, and British general James Wolfe. Both were killed, Britain overtook the Quebec fortress, and, except for the tiny islands of St. Pierre and Miquelon, France lost her territory in the New World.

It was because of Britain’s generosity to the French people of Quebec, allowing them to retain their language, culture and laws, that they did not join the Americans in their fight for independence against the British. The French colonists repulsed an invasion by the Americans, and after the revolution in 1783, as many as 50,000 Loyalists (Americans loyal to Britain) fled to Canada, settling in Nova Scotia and New Brunswick, and also land west of Montreal.

Meanwhile, in 1789 the explorer Alexander Mackenzie traveled up the great river now bearing his name, reaching the Arctic Ocean. A few years later he journeyed down the Peace River, and struck out overland to reach the Pacific Ocean. David Thompson soon after explored the Columbia River area and made quality maps of much of what is now British Columbia.

Soon the land of present-day south Ontario, mostly of British stock, became Upper Canada (and Quebec was called Lower Canada). Together they repulsed the American invasion in 1812-14. A boundary was defined, and there has been relative peace between the two countries ever since. Both countries traded with each other under the Reciprocal Treaty.

When the Reciprocal Treaty was terminated by the Americans, the northern colonies looked to each other, and soon Canada became a nation under the British North American Act of 1867. John A. MacDonald was Canada’s first prime minister. When the young nation purchased Rupert’s Land and the North West Territories which lay to the west, suddenly Canada was enlarged sixfold. Manitoba became a province in 1870 and because of a promise to stretch the railroad to the Pacific, British Columbia joined Canada in 1871. Prince Edward Island joined the confederation in 1873. In 1874 there were still only 4,000,000 Canadians to support the world’s largest railroad. Immigrants from Europe began arriving in the rich wheat land of the prairies resulting in the establishment of two more provinces in 1905, Alberta and Saskatchewan. Newfoundland was not to join until 1949.

Canada is the second largest country in the world. European nations find it difficult to imagine a country that takes five or six days to cross by car, spans six time zones and has an average of only seven people per square mile. Canada is a wealth of natural resources including rich fishing grounds on both of her coastal waters, dense forests and huge prairie farms. Canada is a tourist haven with a variety of climates and terrain. Canada holds about 30 per cent of the world’s freshwater, and sells hydroelectricity to its power-hungry neighbor to the south.

In a global perspective, while most of the world is still sunk in illiteracy and extreme poverty, and suffers a high rate of death by disease, you are blessed to live in a prosperous nation whose poor are affluent by world standard. You are one of the minority privileged to vote for or against those who govern you. Your life expectancy is longer, your education more advanced, your opportunities more varied than ninety percent of those other five billion people who share planet Earth with you. 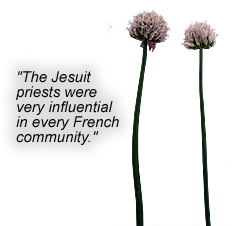