YOU LIVE IN “THE LAST DAYS” (part one)

You are living in a very dramatic decade of history, the time of the imminent appearance of Jesus Christ. Scripture declares He will come in bodily form, He will rule with authority from His beloved Jerusalem, He will bring true peace to the earth. It has all been foretold in the Bible.

God often tells His people of events before they happen. It gives us hope, and their fulfillment increases our faith. Many prophecies have happened, others will be accomplished in some future time. Many prophetic events are unfolding right now before our eyes, but unfortunately the media does not report them as fulfillment of words written thousands of years ago.

It is impossible to do this subject justice in this publication. Volumes have been written on Biblical prophecy, and what I present to you is but a synopsis of the opinions of certain scholars specializing in the study of Bible prophecy – such men as David Breese, Nathan Meyer, J.R. Church, Grant Jeffrey, Charles Peck, Dick Saunders, Jack Van Impe, to name just a few. These men have written books and given many oral discourses on their conclusions – deductions which, in general, are in agreement with each other (and yes, there are also differences of marginal importance). That Christ is coming, and that He is coming very soon, is agreed by all. Christians worldwide anticipate the soon return of Jesus Christ.

It was accurately prophesied that Christ would be born of a virgin (by the prophet Isaiah) in the insignificant town of Bethlehem (by the prophet Micah). It was foretold that Jesus would be a descendent of Judah (by Moses), that kings from the east would come to visit the young child bringing gifts (by David). The foretelling of the slaughter of innocent children (by Jeremiah) was fulfilled when Herod ordered the death of males under two years of age in an attempt to kill the Christ-child. That Christ was to come out of Egypt (Hosea) was fulfilled when the family returned from Egypt after fleeing Herod’s wrath.

It was further prophesied that Jesus would be rejected by His own people, He would suffer betrayal of a friend for the price of thirty pieces of silver, and a field would be purchased with the blood money. The buffeting, scourging and crucifixion were prophesied many years before those events, as was His resurrection. It was prophesied He would be crucified with criminals, He would pray for the people from the cross, men would cast lots for His garments, and He would be buried with the rich.

You should be impressed. And you should heed the prophecies regarding His second coming. How you respond is crucial. Jesus often said, “He who has ears to hear, let him hear.” I pray you have ears to hear what has been foretold about this very hour of history many years ago.

Many Biblical prophecies center around, and are addressed to, the nation of Israel. The Israelite populace is the offspring of Abraham and Sarah who God called out land of Ur and into the land of Canaan some 4,000 years ago. To His chosen Israelites God has said, “For you are a holy people unto the Lord thy God: the Lord thy God has chosen you to be a special people unto himself, above all people that are upon the face of the earth.” Though they have many times disobeyed God’s commandments, even intermittently turning to idolatry, and even though they rejected, and still do reject, His son sent to bring their redemption, the Israelites are still God’s people. He has never divorced them.

Jesus is One of many who prophesied His return to planet earth, to reign over the nations. Of this event Jesus said (Matthew 24:27,30): “For as the lightning comes out of the east, and shines even unto the west; so shall the coming of the Son of man be…and then shall all the tribes of the earth mourn, and they shall see the Son of man, coming in the clouds of heaven with power and great glory.”

That this awesome event will soon occur is the conclusion of almost everyone having even a casual knowledge of Scripture. Events preceding the second coming of Christ have been dramatically unfolding since the year 1948. The gathering of the Jews to their own homeland in 1948 was prophesied by Christ and others. The Jews came from 100 different nations and spoke 85 languages. The fact Israel is the only nation that has been dispersed throughout the world and came back home to be a nation once more, should deepen one’s confidence in His words and in the Bible. (They were scattered in the year 70 A.D. when the Roman, Titus, razed the city of Jerusalem and destroyed the temple, just as Jesus had foretold about 35 years previous).

Jesus stated that the generation observing the return of the Jews would not pass away until they witnessed His coming. Depending on your age, this could well include you. The Bible refers to the period prefacing the coming of the Lord as the “last days.” From 1948 until the coming of Christ is what many scholars refer to as “the last days of the last days.”

Jesus will come to earth in the middle of World War III. If not for His coming, almost all of earth’s population would be wiped out in this short but brutal war. That there will be a third world war, a nuclear war, is certain, and even the location, some of the participating countries, and the outcome has been written thousands of years ago. There are a series of events, covered in part two, leading to this horrible war, and the country in the center of it all is the tiny country of Israel.
To see yourself in historical perspective, you are living in a most dramatic time when crucial events are and will be unfolding, a time only slightly previous to the promised return of Jesus Christ. 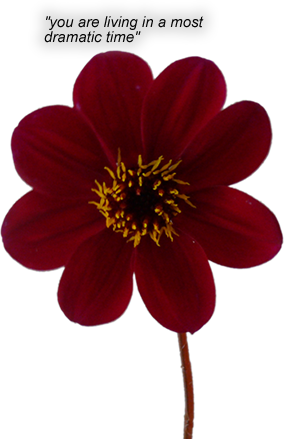