YOU ARE A PRODUCT

To a large degree, you are who you are because of influences. You can see that. Influences have molded you. If you were raised elsewhere – in a different time, family, society – you would be different. Maybe happier, maybe more sad. Richer, poorer. Nicer, grumpier.

The things you see and especially the words you hear and read are very much responsible for the product produced – the product being you. Words come from all directions – family, friends, teachers, business associates, pastor or priest. And the mass media.

On a few occasions in past editions of The Main Issue I used the example of a young man who was enticed into a cult, completely brainwashed and turned into a cult servant – all this taking very little time – by the use of a nonstop torrent of words from cult members. Their deluge of words nullified the effect of all accumulative words carving his values throughout childhood and teen years. The cult, being his only voice, became master. I used this example to demonstrate the power of words.

Few grasp the effect of words, not realizing their power to do good and harm. You hear and/or read thousands of words in a day, much more than people of past societies. Those words influence. They break down or fortify your opinions, make you mad or sad or glad, help determine your allies. Words program you.

No one likes to think of themselves as programmed. Few admit they are. The Jehovah’s Witness is not a programmed person – he simply has the truth. So the Mormon and New Ager – they too have the truth. The young man I mentioned, the cult servant, is not programmed either; everyone else is in error. A Catholic man (understandably) took offense to a recent article in The Main Issue, Christianity vs. Catholicism, and wrote a twenty-three page typed letter to defend his Catholic faith. I tried, as gently as I could, to make the gentleman see that he was a victim of Catholic logic imposed upon him since childhood, a programmed Catholic vassal having a perspective expected from one of his upbringing. Did I convince him? No. To de-progam someone so deeply programmed is almost impossible.

People of other ages never heard the term mass media. Mass media is the use of radio, television, internet, newspapers and magazines to reach a great number of people all at once. The mass media has influenced societies to a degree that would surprise most. People think their persuasions are self-induced, when in fact most often they come from without, the media being a main contributory source. The media can (and often does) sway a nation.

Daily you are fed a diet of words by professionals paid to capture your attention, satisfy your hunger to be entertained, keep you informed. You possibly consume more words through this avenue than through the people you are in direct contact with. These words effect. That’s why, for example, most eat themselves into sickness and disease. Words have contributed to the making of the product – you. Why do you have the opinions you have, think the thoughts you think, do the things you do, dress that particular way, use those expressions?

You should not carelessly allow others access into your life. 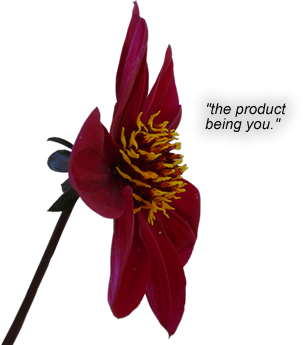