HE ROSE FROM THE DEAD

“Now when evening had come, there came a rich man from Arimathea, named Joseph, who himself had also become a disciple of Jesus. This man want to Pilate and asked for the body of Jesus. Then Pilate commanded that the body be given to him. And when Joseph had taken the body, he wrapped it in a clean linen cloth, and laid it in his new tomb which he had hewn out of the rock.”

“And Nicodemus, who at first came to Jesus at night, also came bringing a mixture of myrrh and aloes, about a hundred pounds. Then they took the body of Jesus, and bound it in strips of linen and with spices, as the custom of the Jews is to bury.”

The Jews had certain guidelines regarding the preparation of a corpse. Assuming that these procedures were observed, the body of Jesus was stretched out on a board, lying on His back, His feet toward the door of the tomb. His body was washed by at least two persons in lukewarm water, His hair combed in its familiar manner. The body was then clothed in linen strips which were sewn together (knots were not allowed). First they wrapped His body from the feet to the armpits, then after placing His arms to His sides, wrapped His upper body again up to His neck. The wrapping was then coated with a mixture of aloes (aromatic spices) and myrrh (a gummy substance). The body was wrapped again with linen strips, coated with more mixture and another wrapping of linen strips. There was at least three wrappings of cloth and, as the above Scripture verse reveals, “about a hundred pounds” of mixture. His head was wrapped separately.

“On the next day…the chief priests and Pharisees gathered together to Pilate, saying ‘Sir, we remember, while He was still alive, how that deceiver said, After three days I will rise. Therefore command that the tomb be made secure until the third day, lest his disciples come by night and steal Him away, and say to the people, He has risen from the dead.’”

“Pilate said to them, ‘You have a guard; go your way, make it as secure as you know how.’ So they went and made the tomb secure, sealing the stone and setting the guard.”

The stone that covered the entrance to the tomb was probably close to two tons, engineered to roll in place with ease, yet very difficult to remove. The guard consisted of four soldiers which was changed every three hours. (It was the Roman practice to execute any soldier found sleeping while on watch.) On either side of the stone was a Roman seal – a solemn warning not to touch.

“There was a great earthquake; for an angel of the Lord descended from heaven, and came and rolled back the stone from the door, and sat on it. His countenance was like lightning, and his clothing as white as snow. And the guards shook for fear of him, and became like dead men.”

Two women came “to see the tomb” where their beloved Jesus was buried and were frightened at the sight of the angel. “But the angel answered and said to the women, ‘Do not be afraid, for I know that you seek Jesus who was crucified. He is not here, for He is risen, as He said. Come see the place where the Lord lay. And go quickly and tell His disciples that He is risen from the dead.’”

Two of the disciples raced to the tomb, one entering the tomb seeing “the linen cloths lying there, and the handkerchief that had been around His head, not lying with the linen cloths, but folded together in a place by itself.”

“Then the other disciple…went in also; and he saw and believed” the women’s report that Jesus had risen. What did he see that made him believe? Obviously it was the condition of the linen encasement that had enclosed Jesus’ body. If it were cut or torn open, “the other disciple” would have concluded that someone had removed the body. The fact that “he saw and believed” indicates that the miraculous had happened, that the body had escaped the wrappings without disturbing them.

“Then, the same day at evening, being the first day of the week, when the doors were shut where the disciples were assembled, for fear of the Jews, Jesus came and stood in the midst, and said to them, ‘Peace be with you.’ Now when He had said this, He showed them His hands and His side. Then the disciples were glad when they saw the Lord.”

“And after eight days His disciples were again inside, and Thomas with them. Jesus came, the doors being shut, and stood in the midst, and said, ‘Peace be with you!’ Then He said to Thomas, ‘Reach your finger here, and look at My hands, and reach your hand here, and put it into My side. Do not be unbelieving, but believing.’ And Thomas answered and said to Him, ‘My Lord and my God!’ Jesus said to him, ‘Thomas, because you have seen Me, you have believed. Blessed are those who have not seen and yet have believed.’”

“He said to them, ‘Have you any food here?’ So they gave Him a piece of broiled fish and some honeycomb. And He took it and ate in their presence. Then He said to them, ‘These are the words I have spoken to you while I was still with you, that all things must be fulfilled which were written in the Law of Moses and the Prophets and the Psalms concerning Me.’ And He opened their understanding that they might comprehend the Scriptures. Then He said to them, ‘Thus it is written, and thus it was necessary for the Christ to suffer and to rise from the dead the third day, and that repentance and remission of sins should be preached in His name to all nations.’”

“And He said to them, ‘Go into all the world and preach the gospel to every creature. He who believes and is baptized will be saved; but he who does not believe will be condemned.’” 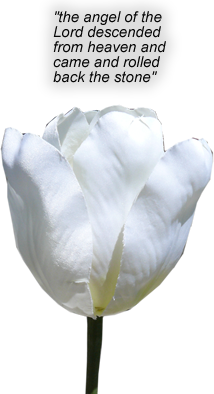 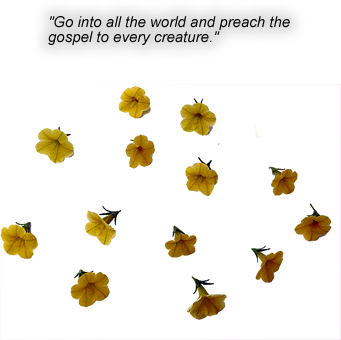