HE IS A MIRACLE WORKER

The first recorded miracle of Jesus occurred at a wedding feast in Cana, Galilee. They had run out of wine. Jesus instructed the servants to fill six large containers with water, and then He changed the water into wine. The quality of the wine was such that the overseer of the feast, knowing nothing of the miracle, complained to the bridegroom that the best wine should have been served first.

Jesus healed many. There was the “man whose right hand was withered.” Jesus told him, “Stretch out your hand.” When the man extended his shriveled hand “his hand was restored as whole as the other.” There was the “woman having a flow of blood for twelve years, who had spent all her livelihood on physicians and could not be healed by any, came from behind and touched the border of His garment. And immediately her flow of blood stopped.” And there was the leper who cried out, “Unclean! Unclean!” to warn people to stay away from him. At the touch of Jesus “immediately the leprosy left him.” Jesus healed many, probably thousands. He “went about all Galilee….. healing all kinds of sickness and all kinds of disease.”

Jesus even raised the dead. There was the twelve-year old daughter of “a ruler of the synagogue.” Jairus “fell at Jesus’ feet and begged Him to come to his house,” but before Jesus arrived the girl had died. Jesus took her hand saying, “Little girl, arise.” And she arose. And there was His friend Lazarus who lived, and recently died, in the small town of Bethany, near Jerusalem. When Jesus commanded the men to roll back the stone covering the entrance to the tomb, Martha, Lazarus’ sister, protested because he had been dead for four days and would stink terribly. But when the stone was rolled back Jesus shouted, “Lazarus, come forth!” and at His command “he who had died came out bound hand and foot with graveclothes.”

Jesus gave His disciples power to heal the sick and do other miracles in His name. “Through the hands of the apostles many signs and wonders were done among the people.” On one occasion “a multitude gathered from the surrounding cities to Jerusalem, bringing sick people and those who were tormented by unclean spirits, and they were all healed.”

Many are still healed today in the name of Jesus Christ. I first witnessed Christ’s healing power at a tent meeting about thirty years ago. There was to be prayer for the sick after the service, and the evangelist invited anyone who had not yet witnessed a miracle to come and see. He told the small group seeking a healing that he did not have the power to heal anyone, but their healing would come from Jesus. I witnessed several healing miracles. One person’s leg stretched three or four inches before my eyes. The hefty evangelist confidently asked senior men to lift him off the ground after praying for a healing of their backs. 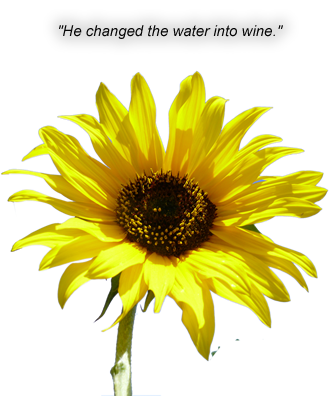 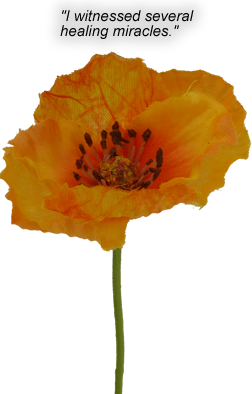