HE IS THE LAMB OF GOD

“Behold the Lamb of God who takes away the sins of the world!” John proclaimed these words to the crowd of people at the Jordan River when he saw Jesus approaching. The term – Lamb of God – must have seemed strange to those who had come to the Jordan to be baptized by John. Why did John call this Man the “Lamb of God”?

John and Jesus were cousins, John being about six months older. About thirty-one years previous the angel Gabriel appeared to, first, John’s father to tell him they would soon have a baby boy in their old age, and then to Mary to proclaim the virgin birth of Jesus.

John was extraordinary. Jesus said he was the greatest man ever born. Though cousins, it is possible they had never met before that day at the river, as Jesus spent his early childhood in Egypt, and John, since youth, spent his days alone in desert places being prepared by God for a very special task: John was to be “the prophet of the highest,” Jesus’ forerunner. John was “the voice of one crying in the wilderness” calling people to repent and prepare their hearts for the appearance of Jesus, baptizing them with the “baptism of repentance for the remission of sins.” One day while John was preaching and baptizing, Jesus approached and John recognized Him immediately as the Messiah, and proclaimed, “Behold the Lamb of God who takes away the sins of the world.”

The Lamb of God. Again, why did John call Jesus “the Lamb of God”? It is indeed a most fascinating story. Let’s back up further into history, about seventeen hundred years.

We are in Egypt, the land of the Pharaohs. An arrogant and stubborn and cruel Pharaoh ruled that mighty nation. God’s chosen people, the Israelites, were held in bondage by the Egyptians and forced to do slave labor, constructing entire cities with brick and mortar. God heard their cries of anguish and appointed Moses to confront the mighty Pharaoh and demand the release of the Israelites. The king must have been impressed when Moses cast his rod to the ground and it turned into a serpent, as God had instructed Moses to do. But there was no way he was going to let his treasured slaves get away, and he even increased their workload. Moses warned Pharaoh of mighty calamities that God was about to send upon the Egyptians if he refused to let God’s children go, but Pharaoh was a particularly obstinate fellow.

God, through Moses, turned all the waters into blood – the rivers, streams and storage pools. Pharaoh would not relent. Moses called frogs out of the rivers and they invaded every house. Next the land was filled with lice. And then flies. Still the inflexible leader refused to bow to God’s demands.

Much of the Egyptians’ cattle suddenly died. Man and beast became infected with boils. A heavy hail killed man and beast and crops, this followed by a plague of locusts so thick it was impossible to see the ground. And then an incredible darkness fell over the land. But Pharaoh was a proud and mighty tyrant, not accustomed to submitting to anyone, not even One so mighty as He who brought these plagues. He refused to release the Israelites.

God told Moses that tomorrow was going to be a very memorable day, so much so that the nations would be in awe at the power of the God of the Israelites. God was going to bring such a devastating blow to the Egyptians that they would demand the Israelites to leave immediately. The event was to be known as the Passover and every year thereafter the day was to be commemorated by a special feast.

Here’s what happened. God instructed each family to kill a lamb, splatter the lintels of the doorposts with the blood from the lamb, and then roast and eat the lamb. And they were to be prepared for travel, everything packed and ready to go. God then sent an angel of death over the land with orders to kill the firstborn male of every man and beast. However, when the angel saw the blood of a lamb on the doorposts he would pass over that house (thus the name ‘Passover’) and the people inside were safe. The Egyptians were not covered by the blood of a lamb and soon every household was filled with intense mourning as the firstborn male child died, including Pharaoh’s own beloved son and heir to the throne. Pharaoh gave orders that the Israelites were to leave immediately. And so they did.

Moses was instructed to lead his people to the Red Sea – which actually was impossible to cross. It has been estimated they numbered six million, and there were also flocks and household goods. To cross the Red Sea was an impossibility, but nonetheless it was there that Moses led them. The next morning Pharaoh sent his army to recapture the Israelites. But God is more powerful than ten thousand Pharaohs. And He is the God of the impossible. He parted the waters of the Red Sea with a mighty wind and when Pharaoh’s great army followed, Moses held out his rod, the waters receded, and the entire army was drowned.

Now let’s get back to “the Lamb.” The pass over lamb is a ‘type’ of Christ. Type means similar. The lamb ‘foreshadowed’ the coming of the Son of God in human flesh. Just as the blood of the lamb protected the Israelites from the angel of death, so the blood of Christ protects those under His blood – the blood He shed on the cross of Calvary. That is why Jesus is called “our Passover.”

The lamb of the Passover had to be male, the firstborn, and without spot or blemish. The Lamb of God (Jesus) was a male, God’s firstborn, and though tempted in every way He never sinned and was therefore an unblemished sacrifice. Just as the unblemished lamb was God’s provision for the Israelites to escape His wrath, so the unblemished sacrifice of Calvary, Jesus Christ, is God’s provision for us to escape His wrath. Man no longer has to suffer the punishment of his sin. Coming to Christ is coming under the protection of His blood. 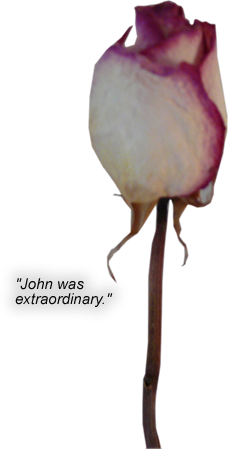