The Bible calls satan “the god of this world.” Jesus called him, “the prince of this world.” Once a mighty angel, satan was cast out of heaven because he rebelled against God and persuaded a third of the angels to join in the uprising. Later, he went after the authority that God gave to Adam, the authority to rule the earth. Through subtlety he persuaded Adam to sin, and Adam thereby lost his rulership over the earth to the devil. Since that time satan has been “the god (ruler) of this world.” Man has been victimized by this cruel despot ever since.

To defeat this enemy, God had to become a man and, as a man, win back what the man Adam had lost. Jesus came to earth so “that He might destroy the works of the devil,” to recover what was lost through Adam’s fall. This was the battle of the ages – the Son of God versus satan.

Though Scripture doesn’t say, it is probable satan is responsible for the slaughter of the the children under the age of two; it is probable he coerced Herod to kill the innocents in an attempt to snuff out the life of the Christ-child. Just before His ministry began, at about thirty, Jesus “was led by the Holy Spirit into the wilderness” where He was “tempted for forty days by the devil. And in those days He ate nothing.” The Bible does not define the purpose of this encounter. Perhaps it was to satisfy God’s justice.

You see, justice demanded that the sacrifice on Calvary’s cross had to be a sacrifice “without blemish.” Only a spotless sacrifice would appease a righteous God, satisfy His standard of justice and qualify as payment for man’s sins. If the sacrifice were blemished it would have no effect. If Jesus had sinned, He would not qualify as a sacrifice. The devil tempted Him at his weakest, while fasting forty days in the heat of the wilderness. Jesus passed the test. No one can deny the test was legitimate, that justice was fully satisfied, and Jesus did qualify to be the sacrifice to fully pay for our sins.

(One can only speculate what would have happened if Jesus had faltered and yielded to the devil’s temptations. Certainly He could no longer be “the Lamb of God who takes away the sins of the world.” Actually, Jesus Himself would be in need of a savior. He would be, as every other man was, at enmity with the Father. Would the Father or the Holy Spirit somehow enter the human race, as Jesus did, and become the sacrificial Lamb? Would such be possible? Again, one can only speculate. For certain the battle between Jesus and satan in the wilderness was most crucial. And Jesus – my Jesus! – won!)

satan was behind the crucifixion of Christ, working through Judas, the Pharisees and others. The Bible tells us he “entered Judas, surnamed Iscariot, who was numbered among the twelve.” While it was Judas who betrayed Jesus for thirty pieces of silver, it was the devil, always invisible and undetected, who seduced him. Undoubtedly satan likewise affected the Pharisees and Pilate as well. But Jesus was always a step ahead of his cunning enemy. He knew what Judas was up to and even told him, “What you do, do quickly.”

satan made a major mistake. When he had Jesus crucified, he murdered an innocent. It was innocent blood shed on Calvary’s cross! Jesus was indeed the spotless “Lamb of God.” Christ’s death was both satan’s defeat and man’s redemption. The debt for our sins was paid in full. Christ paid a debt He did not owe for a people owing a debt they could not pay.

Jesus is man’s salvation. Accepting Christ is accepting Christ’s salvation. To accept Christ is to be saved from punishment of one’s sins. To such a one, “He (Jesus) has made alive together with Him, having forgiven you all trespasses, having wiped out the handwriting of requirements that was against us. And He has taken it out of the way, having nailed it to the cross. Having disarmed principalities and power, He made a public spectacle out of them, triumphing over them in it.”

The devil was defeated at Calvary. He no longer has rulership over those who come to Christ to be saved. All of mankind is now free to accept this great salvation, freely given. Before, death was a fearful thing but now, through Christ, death has lost its sting. Christ is the victor. One day soon Jesus will cast satan into Gehennah, the lake of fire, for a period of a thousand years and, soon after, for all eternity. 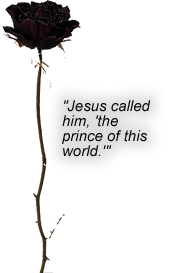 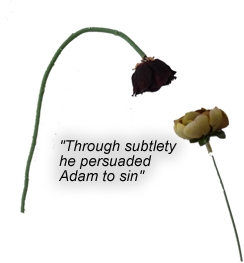 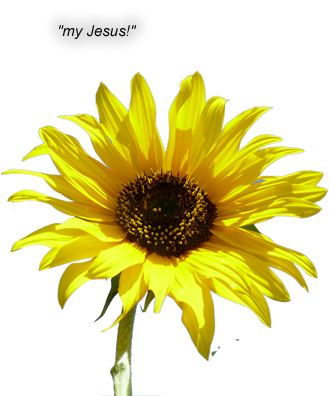