Why? Why did Jesus do what He did? Why did the Son of God leave His glorious position in heaven, enter the human race, suffer rejection, betrayal, misunderstanding and ridicule, allow people to spit in His face, tear His beard, strike Him with rods, rip His body with a whip, drive nails in His hands and feet, and hang Him on a cross? What was the purpose? Why, oh why, did Jesus do it?

He did it for you!

I said, Jesus did it for you!

“The wages of sin is death.” Eternal death. An eternity in a prison of anguish and remorse, a prison called Gehennah, the Lake of Fire. Yes, sin has immeasurable consequences. You were doomed and lost and hopeless. You owed a debt you could not pay.

Jesus paid the price of your sins. You think it was the Roman soldiers who nailed Jesus to the cross? Oh, no! It was your sins, and everyone’s sins, that nailed Him to that cross. As much as anyone, it was your sins that spilled His innocent blood. Jesus went to the cross on your behalf.

Yes, it’s true Christ died for the whole world – “God so loved THE WORLD that He gave His only begotten Son.” But you are as much a part of ”the world” as anyone. He died for you. If Jesus thought of anyone while hanging on the cross, he must have thought of you. Because He loves you as much as He loves anyone. If you were the only sinner on earth, He would have come. I said, He would have come. Jesus would have suffered it all just for you. He loves you that much.

In Isaiah, chapter 49 we see how God loves His own: “Can a woman forget her nursing child, and not have compassion on the son of her womb? Surely they may forget, yet I will not forget you. See, I have inscribed you on the palms of My hands.” It should not surprise you that Jesus loves you. Did He not create you? Was it not Jesus who decided the colour of your eyes, the shape of your nose, the texture of your hair? Was it not He who placed the fingers on your hands, invested in you your talents, gave you your unique personality?

There is only one reason why you have not yet opened the door of your heart to Jesus. Deception. You are being deceived. By whom?

“If our gospel is veiled, it is veiled to those who are perishing, whose minds the god of this age has blinded, who do not believe, lest the light of the gospel of the glory of Christ, who is the image of God, should shine on them.” The “god of this age” is satan. He has thus far deceived you. You have rejected the One who loves you most to serve the one who hates you most. satan has many underlings who work hard at keeping you in a state of deception. They do not want you to comprehend and accept “the gospel of the glory of Christ.” They have you under their influence and they want to keep you. They have blinded you to the fact that Jesus desires to rescue you and establish a relationship.

Because of His deep love for you Jesus desires to share all He has with you. He wants you to “receive the Spirit of adoption by whom we cry out, Abba, Father.” His Father, His kingdom, all that Jesus possesses He wants to share with you.

Yes, there is a price. You can expect misunderstanding, rejection and even persecution. But when it’s all over, when your life on earth is finished, you will be with Jesus in a far better place. Forever and ever.

Will you respond to the love of Jesus? Will you humble yourself before Him in prayer, asking Him to forgive your sins and make you white as snow? Will you embrace the new life that He won for you at Calvary? Will you tell others of your decision for Christ?

“And let him who thirsts come. And whoever desires let him take the water of life [Jesus] freely.” 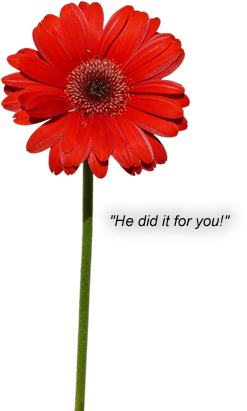 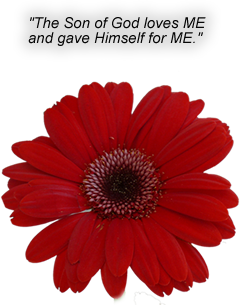 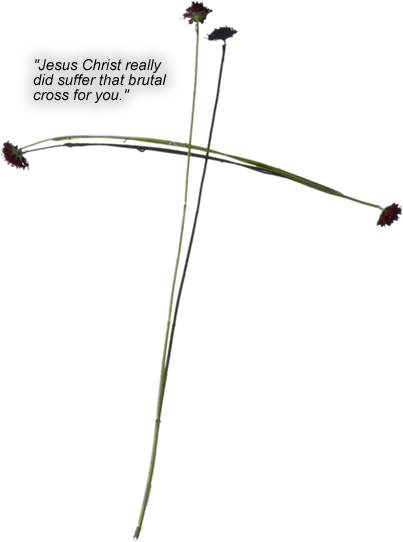 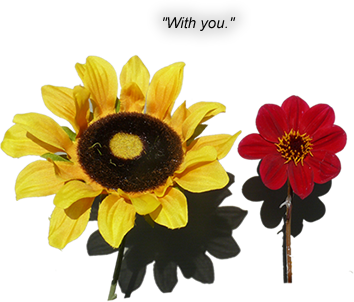