PROBLEMS WITH THE POPE

1. Peter, one of Christ’s apostles, is supposed to be the first pope. Yet nothing in scripture hints that anyone thought of him as being so, including himself. Paul rebuked Peter on a matter of doctrine and behavior. It was James (not Peter) who seemed to be in charge of an important meeting where Peter was present. James said, “Men and brethren, hearken unto me (not Peter).” Paul wrote of three pillars of the faith, “James, Cephas (or Peter), and John.” James was mentioned before Peter. Would he have been mentioned first if Peter was a pope?

2. There was no pope for 300 years after Peter’s death. The CC claims there were but in fact there was no pope (or for that matter no Catholic Church!) during these 300 years. It is easy to invent a lineage of popes but another thing to prove it. That some popes were capable of such an invention is a matter of record.

3. Many of the infallible decrees of the popes are anti-Scripture, based on traditional teachings of very fallible men.

4. The method of determining whether or not a man (or a group of men) is really a true disciple of Christ is not to ask that man (or group of men) whether he be so. That is childish. Jesus taught a simple lesson to determine if a man is true or false. Listen to Him (Matthew 7:15-18, Amplified): “Beware of false prophets who come to you dressed as sheep, but inside they are devouring wolves. You will fully recognize them by their fruits. Do people pick grapes from thorns, or figs from thistles? Even so, every healthy (sound) tree bears good fruit [worthy of admiration], but the sickly (decaying, worthless) tree bears bad (worthless) fruit. A good (healthy) tree cannot bear bad (worthless) fruit, nor can a bad (diseased) tree bear excellent fruit.” To determine if the popes mentioned above, for example, are good trees or bad (true prophets or false), one merely has to study the fruit of their lives. If they are bad trees bearing bad fruit they cannot be the “Vicars of Christ on earth.”

5. The CC asserts the authority of popes on their understanding of the words of Christ as stated in Matthew 15:22-23. The CC’s understanding is actually a misunderstanding. It concludes that the church of Christ is built on Peter (and not upon Christ) and that men (incredulously) have the power to forgive sins. The Amplified version of these verses makes it clear that both these conclusions are incorrect: “And I tell you, you are Peter (Greek, Petros – a large piece of rock), and on this rock [Greek, Petra – a huge rock like Gibraltar] I will build My church…I will give you the keys of the kingdom of heaven; and whatever you bind (declare to be improper and unlawful) on earth must be what is already bound in heaven: and whatever you loose (declare unlawful) on earth must be what is already loosed in heaven.” Christ is the Petra – the Gibraltar-like rock – on which the church is built. Peter is but a part of that Rock, as every Christian is. And only God has the power to forgive sins, and his disciples are to declare the good news that the repentant sinner’s sins are truly forgiven by our merciful God. 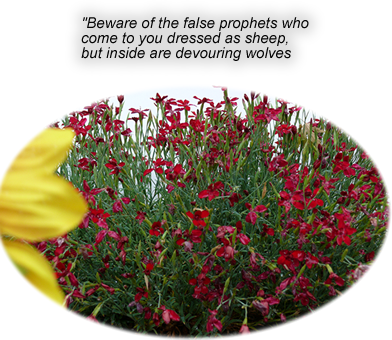 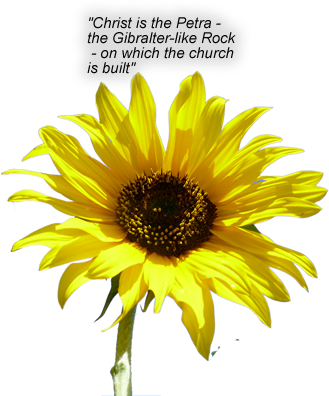