An Unusual Doctrine. The Mormon church’s doctrine on Godhood is: “As man is, God once was. As God is, man can become.” In other words, God was once a man who evolved into Godhood and any man can likewise become God. This is what the Mormon strives to become…God! One must work his/herself to a stage in this life whereby they are deserving of their own God-hood in the next.

What Does Scripture Declare? The question is…where in scripture is there a guarantee of this Godhood? The Mormon church points to the following Scripture verse to confirm the Godhead teaching:

Genesis 3:5: For God doth know that in the day you eat thereof; then your eyes shall be opened, and you shall be as gods knowing good and evil.

Perhaps you will recognize this verse as the one whereby the serpent tempted Eve to eat the forbidden fruit. The words “you shall be as gods” would seem to indicate a guarantee of Godhood…just eat the fruit. However…it was not God, but the devil who made that guarantee!

Mormon doctrine would have you believe that the devil told the truth to Eve. However, in verse 13 Eve tells God that the serpent “beguiled” (fooled or lied to) her! Eve was tricked into believing that she could become like God. This lie that caused so much grief to mankind is the same lie that each Mormon is expected to build his/her life upon!

No Truth In Him. If satan had, as the Mormons believe, told the truth in Genesis 3:5, how can it be that Jesus declared that there is “no truth in him” and that satan is a “liar and the father of it”? Paul, in his second epistle to the Corinthians, speaks of his concern that they (the Corinthians) might be “beguiled” in a similar manner as was Eve. Scripture clearly shows that the serpent (devil), is and always was incapable of telling the truth.

Godhood is something that belongs only to God. If we are to accept a doctrine…surely that doctrine should be based upon words spoken by God…not the devil! 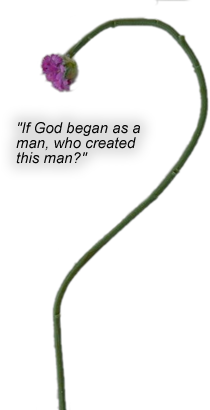 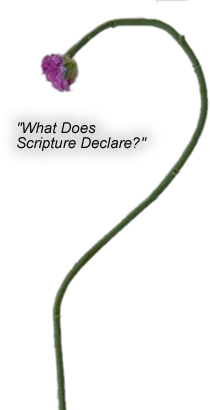