Paul McGuire, author and ex-New Ager, says it best: “If you could rip the mask off the front of a smiling guru, you would see a hideous demon.” That demons can take possession of people is a Biblical fact. To deny demons are a reality, or to deny they can live in a person, is to deny Scripture.

But there is a protection between people and demons. Demons cannot just say, Hey, let’s go live in Sally for a while. No, it doesn’t work like that. In order for demons to take possession of Sally, Sally has to open a door into her life.

It works the same if one wants the Holy Spirit to dwell in him (as He does in every Christian). One must open the door. The Holy Spirit never enters into a person’s life accept by invitation.
I’m not saying demons are the gentleman-type who would never come in uninvited if they had a choice. I am saying there is a protection (a fence, a guard) around people’s lives. This protection comes from God.

I know you would never knowingly ask a demon to dwell within you. But flirting with the NAM could well be opening a door you would rather stay shut. I am warning you that dabbling in the NAM is dangerous.

God speaks specifically on the matter. Deuteronomy 18:10-12: There shall not be found among you anyone who makes his son or daughter pass through the fire, or who use divination, or is a soothsayer, or an augur, or a sorcerer, or a charmer, or a medium, or a wizard, or a necromancer, for all who do these things are an abomination to the Lord.

You think, perhaps, that every spiritual happening must be of God. Such is not true. The following account from the book of Exodus demonstrates this conclusively:

Moses and Aaron are standing before mighty Pharaoh, king of Egypt. Egypt, at this time, was deep into sorcery, perhaps as no nation has ever been before or since. Moses, standing before Pharaoh, is demanding that Pharaoh release the Israelite nation that he held captive. To demonstrate their power and authority, Aaron threw down Moses’ rod, as God had previously instructed them to do, and the rod became a serpent! This is a manifestation of the power of God. But….

The Bible teaches, “Pharaoh called for the wise men [skilled in magic and divination] and the sorcerers (wizards and jugglers). And they also, these magicians of Egypt, did similar things with their enchantments and secret arts. For they cast down every man his rod and they became serpents.” This is a manifestation of the power of the dark kingdom.

You see, not everything supernatural is of God. Though Aaron’s serpent gobbled up the magicians’ serpents, establishing God’s power to be so much greater than that of the devil, the devil nonetheless has much power. All he needs is a willing agent to work through. satan has many accommodating agents in the NAM.

Do not be deceived. The Bible speaks of “all sorts of [pretended] miracles and signs and delusive marvels – all of them lying wonders – and by unlimited seduction to evil and with all wicked deception for those who are perishing (going to perdition) because they did not welcome the Truth but refused to love it that they might be saved.”

These spiritual happenings are called “delusive marvels” and “lying wonders” because when one sees them they come to the wrong conclusion. For example:

A New Age “healer” lays hands on a sick person and, amazingly, that person recovers. Ah, he must be of God!” one concludes. “No, he doesn’t heal in the name of Jesus. Who needs Jesus?” But if a demon can afflict a person (Jesus healed “all that were oppressed of the devil”) that same demon can therefore remove that same affliction. But the “healer” concludes that the power to heal comes from within himself. He has been deceived by a “lying wonder.”

The NAM is not what you think it is. They have not given you the whole story. It’s like when a Jehovah’s Witness knocks on your door – they don’t tell you everything. They fail to mention that down the road you will not be able to vote, take a blood transfusion, go to a wedding, sign a petition, associate with certain loved ones. No, it is best to withhold those details until you are hooked. Likewise, there is much that you have not been told about the NAM. For example:

You have not heard of the organization, Spiritual Emergency Network (SEN). SEN consists of about 35 centers around the world; their purpose is to support the many people experiencing bad trips while tapping into (what they are told is) the psychic realm – through yoga, drugs, TM, etc. The horrid non-human entities, gruesome visions (like floating green eyes), and being thrown across the room by evil spirits – it is best not to mention those things.

Nobody has told you that your life is about to be altered and you may never find your way back. If you encounter that “spirit guide” you seek, you would have found what is actually a demon. And it is probable that that demon wants very much to enter into you, whereby he will speak through you and direct your life. In short, you will have become demon-possessed.

The NAM is satan’s counterfeit to God’s plan. It is masked with ideals and promises and hopes and dreams. But underneath the mask is destruction and pain and remorse. New Age teachings (sometimes masked as relaxation programs or stress control techniques or inner healing or whatever) are meant to desensitize you and make you passive enough to accept satanic domination. Some oppressive guru is going to have another spineless vassal to offer to his master, satan.

I warn you that a day of regret lies just ahead, a time when you will curse the day you became involved with the NAM. Participating in channeling, astral projection, yoga, TM, horoscopes, working out your karma, holistic healing, or even attending a conference, is in direct rebellion to the One who created you. Go too far and you will lose God’s protection and the door between you and the realm of darkness will be open.

Paul McGuire was for many years involved in New Age activities and mentalities, and came very close to being possessed. While conversing with a visiting guru on campus something from the guru tried to enter him. “Something is wrong here. You cannot enter my mind,” Paul said to the guru – who replied, “We will meet again.” But they did not meet again. God protected Paul and brought someone into his life to share the gospel of Jesus Christ. He came to a decision to accept Christ into his life, and he never looked back. Unlike the New Ager who is forever seeking-one lifetime of seeking not long enough, he has to keep coming back – Paul McGuire no longer seeks. He has found.

The visiting guru was masked with that sombre, harmless expression that gurus wear, and yet his intention was to impose himself upon an innocent by stealth, using his mystic powers. Stealth. Deceit. Manipulation. Half-truths. Misrepresentation. These are the tools found so often in the NAM.

I pray you will come to know the Christ who impacted my life in such a dynamic and permanent way. Thanks for listening. 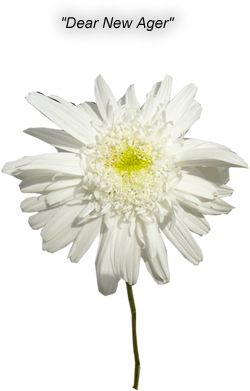 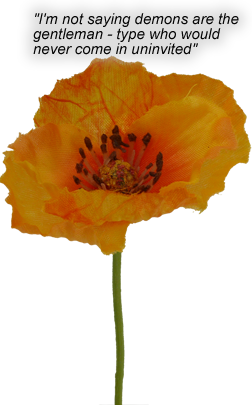 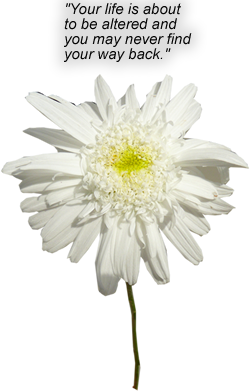